13 films with Jewish content to be screened in Lenox 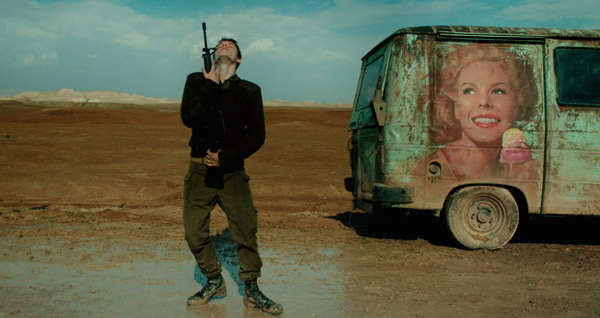 A still from the film “Foxtrot.” The critique of Israel’s military, which received an Oscar nomination for Best Foreign Language Film. is slated to be shown on July 23 as part of the Berkshire Jewish Film Festival. 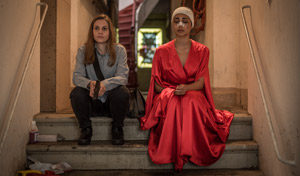 “Shelter” An Israel espionage thriller will be featured July 16. 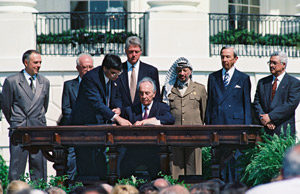 “Oslo Diaries” Did illegal meetings change the Middle East? The first film of the festival may relate how.

The Berkshire Jewish Film Festival (BJFF) has announced its 32nd season. Held on six Mondays from July 9 through Aug. 13 in the Duffin Theater, Lenox Memorial High School, 197 East St., Lenox, Mass., BJFF will present 13 films hailing from the United States, Israel, France, Ireland, Germany, and Latin America. All presentations are open to the public. Matinees at 4 p.m. are $7 and evening showings at 8 p.m. are $10.
The festival opens at 4 p.m. on July 9 with “The Oslo Diaries, a documentary about a group of Israelis and Palestinians who secretly come together during the 1990s in Oslo for unsanctioned peace talks “ A Bag of Marbles” at 8 p.m. depicts the story of the Nazi occupation through the eyes of two Jewish boys struggling to survive on their own. Joseph, age 10, has such little understanding of the persecution of the Jews that he thinks nothing of swapping his yellow star for a bag of marbles. The boys survive on courage and ingenuity as they make their way through France hoping to reunite with their families.
BJFF will present “Levinsky Park,” a documentary about the tens of thousands of refugees from sub-Saharan Africa who are seeking relief and safety in Israel only to find a society bitterly divided on how to treat them on July 16 at 4 p.m.  At 8 p.m., “Shelter,” a drama about two women—a Mossad agent and a Lebanese informer—who find themselves trapped in a labyrinth of deception, paranoia, and intrigue in an Israeli espionage thriller will be featured.

The festival continues on July 23 at 4 p.m. with “Sammy Davis, Jr: I’ve Gotta Be Me,” the first major film documentary to examine Davis’ vast talent and his journey for identity through the shifting tides of civil rights and racial progress during 20th century America. Davis was the most public black figure to embrace Judaism thereby yoking his identity to another persecuted minority. New interviews with Billy Crystal, Norman Lear, Jerry Lewis, Whoopi Goldberg, and Kim Novak are featured with never-before-seen photos from his personal collection. The evening movie, “Foxtrot” was Israel’s bold and highly controversial Academy Award submission for Best Foreign Language Film. The critique of Israel’s military confronts the absurdity of war through the ordeal of a young Israeli soldier and his grief-stricken parents.  It was nominated for 13 Israeli Academy Awards. 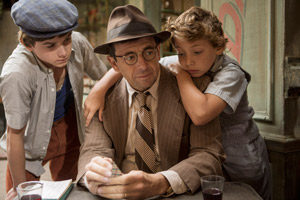 “A Bag of Marbles” relates how two boys struggle to survive the Nazi occupation during the evening screening on July 9.

The July 30th 4 p.m. film is “Keep the Change.” It depicts the story of protagonist David who struggles to come to terms with his own high-functioning autism, as he unexpectedly falls for Sarah, a quirky and outgoing woman whose lust for life both irks and fascinates him. As their relationship evolves, “Keep the Change” blossoms into a refreshingly off-kilter story about the ups and downs of romantic life. At 8 p.m. “Good Thoughts, Good Words, Good Deeds: The Conductor Zubin Mehta,” a documentary that follows the dazzling international career of a musical maestro has been selected. It is filled with performances and interviews with friends, family, and colleagues. 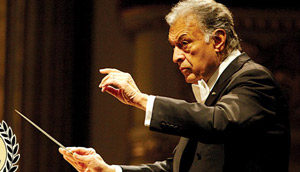 “A Classy Broad“ is slated for Aug. 6 at 4 p.m. The film portrays of the life and career of Hollywood executive Maria Nasatir who broke through the glass ceiling as the first woman to serve as VP of Production at a major Hollywood studio. Nasatir championed such classics as “One Flew Over the Cuckoo’s Nest,” “Rocky,”  “Carrie, Coming Home,” “Apocalypse Now,” and “The Big Chill.”

“The Cakemaker” will be shown at 8 p.m. on Aug. 6. Unwittingly united in grief by a closet affair, a gay German baker and his deceased lover’s weary Israeli widow seek mutual catharsis in this compassionate meditation on the human urge for connection. Mature content.

At 4 p.m. on Aug.13 the short film “Hannah Cohen’s Holy Communion” will be presented. Hannah, a spirited seven-year-old girl from Dublin, can’t wait to make her Holy Communion. The only problem is she is Jewish! The second film also offered at the 4 p.m. showing is “To Be A Child Again, Israel,”a snapshot of Israel as seen through the lens of 11 children from different backgrounds and demographics. This candid view casts an intimate and personal light on Israel’s youth—what they see, how they think, what they learn—and the astonishing impact their thoughts and lives have on their country and the world they will soon inherit.

At 8 p.m. on Aug. 13, in a bittersweet and wistful road movie, “The Last Suit,” 88-year-old Abraham Bursztein feels that he’s about to be put out to pasture by his children who have sold his house in the suburbs of Buenos Aires and booked him into a retirement home. Refusing to bow to family pressure, Abraham sets off on an adventure halfway around the world to find the man who saved him from Auschwitz and to fulfill a promise he made years before.

All seating is general admission. Season passes and information are available at www.berkshirejewishfilmfestival.org or 413-445-4872, ext. 10.