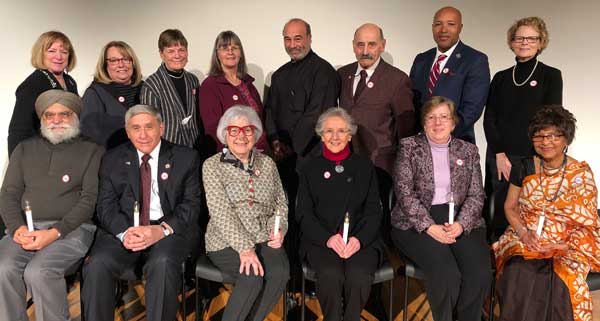 The 27th annual Kristallnacht Interfaith Confronting Bigotry Commemoration was held on Nov. 12 noting the  81st anniversary of Kristallnacht. It brought together representatives of many local faith communities to note the memory of those lost in the Holocaust and to share  their unity in combating neo-Nazism and hate and bigotry.

More than 200 people attended the program, which also featured the area premiere of the film “The Light of Hope.”

The commemoration was sponsored by Holocaust Survivors and Friends Education Center, the Jewish Federation of Northeastern New York and the Judaic studies program of the University of Albany.

Local thespian group to present ‘The Goldman Project’ at Ohav in December
DC Report: Two leaders show off their feet of clay and claim innocence