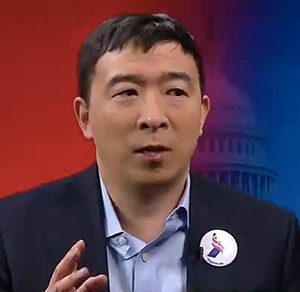 (JNS) – Democratic 2020 presidential hopeful Andrew Yang has taken a stand against circumcision, being the first candidate for the White House to make such a public statement.

“It’s sort of pushed on parents in many situations,” the 44-year-old entrepreneur told The Daily Beast, adding that it’s a “cultural onus” applied to families.

“From what I’ve seen, the evidence on it being a positive health choice for the infant is quite shaky,” he added in that, if elected, he would “inform parents that it is entirely up to them whether their infant gets circumcised, and that there are costs and benefits either way.”

Yang, who is not Jewish, did not say if he himself has been circumcised. Born in Schenectady, he resides in New York City, is married and has two sons.

In Judaism, a circumcision, or brit milah, traditionally occurs eight days after a baby boy is born.