5777 newsmakers we don’t want to forget!

Several of the year’s inspiring newsmakers

By JACOB KAMARAS/JNS.org – The  High Holidays are a time for prayer, introspection and for those fortunate enough, inspiration. Amid the headlines on terrorism and political disputes, some prominent newsmakers in the Israel and Middle East scene gave us something to smile about or admire during this past year. JNS.org spotlights high-profile individuals who made a positive difference—sometimes in unexpected ways—during the Jewish calendar year of 5777. 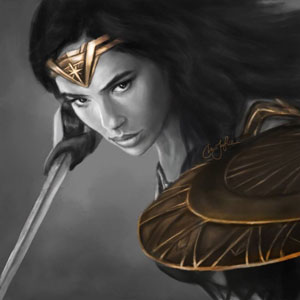 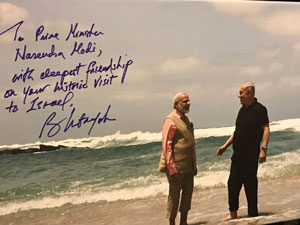 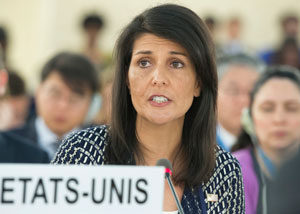 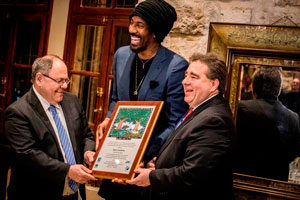 Gal Gadot
Despite Arab nations’ boycotts of “Wonder Woman” over the Israeli actress’s leading role, Gadot wowed at the box office while giving Jews, Israelis, feminists and comic book aficionados much to be proud about. In late June, Gadot was ranked first in The Hollywood Reporter’s Top Actors list, which bases its rankings on actors’ popularity on social media sites.

Narendra Modi
Israel has no shortage of enemies around the world. But Modi, by making the first visit to Israel by a sitting Indian prime minister, showed the Jewish state also has powerful friends—in particular, the world’s second-largest country by population.

Modi’s trip to the Jewish state in July had it all, from technological collaboration, to meeting with a Jewish child orphaned by the 2008 terror attack on Mumbai’s Chabad House, to a beach stroll and jeep ride with Israeli Prime Minister Benjamin Netanyahu. The Modi-Netanyahu “bromance” was sealed with the Israeli leader’s delivery of a hand-signed photo of the beach walk to his Indian counterpart.

Nikki Haley and Danny Danon
Israel has experienced decades of bias and disproportionate criticism from the United Nations, but the Trump administration—under the leadership of Haley, its ambassador to the U.N.—is vowing to chart a new course for the world body’s culture on the Jewish state.

During her speech at March’s AIPAC policy conference, Haley described herself as the U.N.’s “new sheriff in town” and declared “the days of Israel-bashing are over.” Haley, who in April assumed the U.N. Security Council’s rotating monthly presidency, has promised to refocus the council away from the Israeli-Palestinian conflict.

Danon, Israel’s U.N. ambassador, made strides by securing landmark roles as vice president of the 72nd Session of the U.N. General Assembly and chairman of the U.N.’s Legal Committee.

Jason Greenblatt
Upon being dispatched to help defuse the Temple Mount crisis, President Donald Trump’s international negotiations representative has now made seven visits to Israel in the span of half a year. While pessimism is typically prevalent when it comes to the Israeli-Palestinian conflict, Greenblatt’s persistent diplomacy has earned rare praise from both sides.

Following a meeting with Greenblatt in March, Palestinian Authority (PA) President Mahmoud Abbas declared that “under President Trump’s leadership a historic peace deal is possible, and that it will enhance security throughout the region.” Most recently, Greenblatt announced an agreement between Israel and the PA on a historic Red Sea-Dead Sea canal that will relieve Palestinian water shortages.

Yariv Levin
Israel has constant security concerns internally and regionally, yet the country is as attractive as ever for international travelers. April and May set individual monthly records for tourists arriving in Israel, while the first six months of 2017 set their own half-year record with 1.74 million incoming tourists, a 26-percent increase from the same time last year.

What’s behind the tourism boom? Levin, Israel’s tourism minister, cites his ministry’s new marketing strategies to “brand Israel” and to encourage airlines to open additional routes to the Jewish state.

Former Pink Floyd frontman Roger Waters and South African Archbishop Desmond Tutu had spearheaded a BDS petition against the concert. But Radiohead frontman Yorke took a principled stand in a Twitter feud with British filmmaker Ken Loach, asserting, “Music, art and academia is about crossing borders not building them, about open minds not closed ones, about shared humanity, dialogue and freedom of expression.”

Nir Barkat
This year, Jerusalem’s mayor saw the holy city mark the 50th anniversary of its reunification, a milestone feted significantly by Israelis and Jews around the world.

Barkat is overseeing the development of infrastructure that will help Jerusalem grow into a major economic hub, including a forthcoming high-speed rail that will take residents from Jerusalem to Tel Aviv in just 28 minutes.

At the same time, Barkat embraces his city’s DNA. “People think that conflict in Jerusalem is a bug, something that needs to be resolved,” he told JNS.org in May. “In Jerusalem, conflict is not a bug, it is a feature.”

Amar’e Stoudemire
The former National Basketball Association (NBA) star has been deepening his connection to Israel since 2010, when he made a much-publicized visit to explore what he called his “Hebrew roots.”

Last year, Stoudemire moved to Israel and signed a contract to play for Hapoel Jerusalem, a franchise he had partially owned. Though he never won a title in 14 NBA seasons, Stoudemire got an Israeli league championship with the Jerusalem team in June. He also made his presence felt off the court, earning Israel’s Martin Luther King Jr. Award in February for efforts such as educating at-risk youths and providing safe drinking water in impoverished countries.

Kurds can’t look to the U.S. for support  in their independence struggle
Time to consider Chanukah stamps?