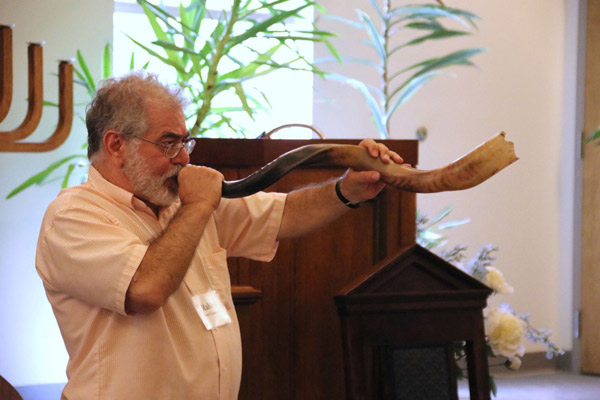 Rabbi Don Cashman, B’nai Sholom Reform Congregation’s spiritual leader since 1985, demonstrates the technique for blowing the shofar at the synagogue’s “A Day at B’nai” festival and open house.

ALBANY–B’nai Sholom Reform Congregation in Albany recently welcomed the community to “A Day at B’nai,” a festival and open house, held at the synagogue on Whitehall Road in Albany.  A bounce house, face painting, music and dance, and a social action project were featured.  ‘A Day at B’nai’ kicked off B’nai Sholom’s month-long ‘Countdown to Rosh Hashanah,’ a series of programs and themed Shabbat services.” 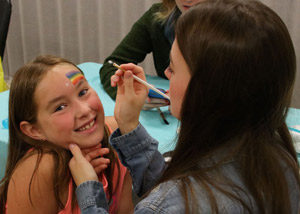 A young visitor enjoys having her face decorated by Sarah Davis. 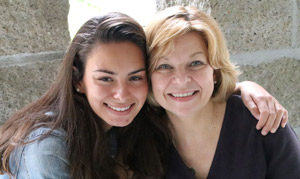 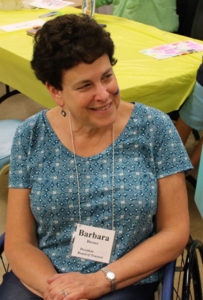 B’nai Sholom President Barbara Devore is all smiles after having her face decorated. 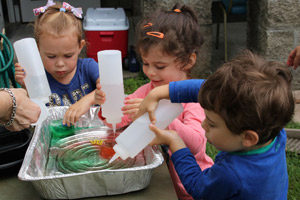 Children hunt for treasures frozen in blocks of ice .

Filipino president Rodrigo Duterte,  who has compared himself to Hitler, calls Hitler ‘insane’ on Yad Vashem visit
A Jewish atonement ritual (not the chicken one) gets an eco-friendly makeover