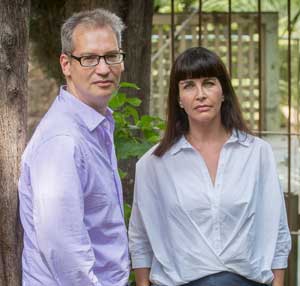 Adi Schwartz, an Israeli journalist and coauthor (with former Israeli Knesset member Einat Wilf) of the new book The War of Return, spoke to participants in a May 4 Middle East Forum webinar (video) about the centrality of the refugee issue in the Palestinian-Israeli conflict.

For many years, Schwartz explained, efforts to broker peace between Israelis and Palestinians were premised on the land-for-peace formula, whereby “Israel was supposed to cede territory or some of the territory that it captured in the 1967 war, and the Palestinians were supposed to establish their state.” Various proposals to this effect were offered by Israel prime ministers, notably Ehud Barak in 2000 and Ehud Olmert in 2008. Discussions along these lines were even held “not so long ago” during the Obama presidency. The problem with the land-for-peace proposals, as with various partition plans predating Israel’s 1948-49 War of Independence, “is that the Palestinians did not say yes,” said Schwartz.

‘We stand in solidarity’: Jewish organizations respond to the protests over George Floyd’s death
Palestinian state and track record: impact on US interests