After repeated requests, Monaco to open archives on its role in Holocaust 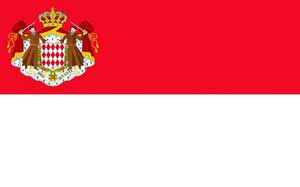 (JNS) – Monaco has agreed to grant the Simon Wiesenthal Center access to its state archives to learn more about the country’s role in the Holocaust, The Jewish Chronicle has reported.

In 1997, the center asked several countries for access to official records on the deportation of Jews to death camps during World War II. Monaco was among the countries that did not respond to the request.

The Wiesenthal Center asked again in January, and Serge Telle, state minister of the Principality of Monaco, has now granted permission to bring a historian into the archive in Monte Carlo on March 2.

The visit will be overseen by a representative of Monaco’s Prince Albert II and will potentially be the first of at least six similar inquiries.

“My conditions are that whatever we find, we are then allowed to place adverts in Jewish newspapers and websites asking anyone who feels they had family in Monte Carlo or deported from Monaco to come forward,” said Shimon Samuels, Wiesenthal’s director for international relations. “We will be asking for some sort of indemnification. We are not talking about a large amount of money. But if we get it, at least there will then be some kind of closure.”

Home to around 300 Jews prior to World War II, the microstate was first taken over by the Italian army under Benito Mussolini in 1942. After Mussolini’s fall, the German Army occupied Monaco and began the deportation of the Jewish population.

In 2015, Prince Albert apologized for Monaco’s deportation of Jews during the Holocaust. A memorial now stands in the Monaco Cemetery.