After Rubashkin, Orthodox Jews should be working to create sentencing reform 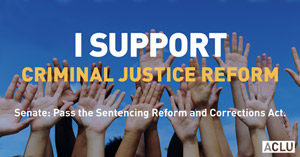 By ADENA BERKOWITZ
NEW YORK CITY (JTA) – President Trump’s decision to commute the prison sentence of Sholom Mordechai Rubashkin, the kosher slaughterhouse executive who served eight years in prison on bank fraud and money laundering charges, resulted in a vigorous communal discussion, especially within the Orthodox community. There was a great deal of relief among those who felt his original sentence was overly harsh.

“The injustice of Mr. Rubashkin’s grossly excessive 27-year sentence was readily apparent to any fair-minded individual who reviewed the facts of the case,” Agudath Israel of America said in a statement following the commutation.

Attempt To Create Standards
In thinking about the case, my eyes were opened to the broader and longer-range implications stemming from Rubashkin’s release. In this country there are criminals behind bars who committed heinous crimes and deserve to be there, remain there and have the key thrown away. Yet at the same time, there are huge numbers of people in prison who, having received draconian sentences either for crimes that they did not commit or due to Federal Sentencing Guidelines, have to serve beyond what justice really demands.

While programs such as the Innocence Project at Yeshiva University’s Cardozo Law School (of which I am a proud graduate) have helped free many wrongly imprisoned people, harsh and unfair sentencing “destroys lives and communities and costs taxpayers exorbitant amounts of money,” according to the Leadership Conference on Civil and Human Rights. Judge Jon O. Newman, who serves on the U.S. Court of Appeals for the Second Circuit, has termed the Guidelines “incremental immorality” for “the irrational way in which under the guise of simply making arithmetic calculations, they pile on punishments to absurd lengths.”

In reviewing a new memoir by Newman, his fellow jurist Jed S. Rackoff notes that the Guidelines were originally proposed by Judge Marvin Frankel, previously a professor at Columbia Law School, in his 1973 book Criminal Sentences: Law Without Order. Frankel thought of them as a means of having meaningful (but non-binding) standards for trial judges, and as a way of dealing with irrational and widely disparate sentences. Instead, writes Newman, “it led not merely to limiting the discretion of judges, but constricted it to an extent no one could have predicted.”

Concern For Others!
Civil rights groups have long called for the elimination of harsh mandatory minimum sentences imposed for low-level offenses, and for judges to be given more discretion in sentencing. Congress is considering the bipartisan Sentencing Reform and Corrections Act, which would lower mandatory-minimum sentences for nonviolent drug offenses and allow judges to reduce the sentences of those serving lengthy prison terms.

All of us in the Orthodox community—from Chasidic and Black Hat to Centrist, Modern and Open—should be able to agree on the need to forge ties with our brothers and sisters in the non-Orthodox community, non-Jewish faith based communities and African American and Hispanic groups, and create a united platform to raise our collective voices to address this national problem. Scores of lawmakers, law enforcement officials and former attorneys general were involved in asking that Rubashkin’s sentence be commuted. We can well imagine a similar situation arising again, with a member of our community facing a harsh or wrongful sentence. But if others outside our “daled amos” (our four corners) see that we only care about our fellow Jews and not those outside our slice of the world, why should we expect them to care if such a situation were to happen again to one of us?

Kiddush Hashem
The late Nobel Prize winner and Holocaust survivor Elie Wiesel once wrote that the task of every Jew is not to make the world more Jewish, but rather to make the world more humane. Raising our collective voices in this area, and working across the religious and ideological spectrum, will help us fulfill not only a humane mandate, but create a Kiddush HaShem—a sanctification of God’s name—and a necessary tikkun (or correction) as well.

Dr. Adena Berkowitz is scholar in residence and co-founder of Kol HaNeshamah, an Orthodox outreach congregation located on the Upper West Side of New York.