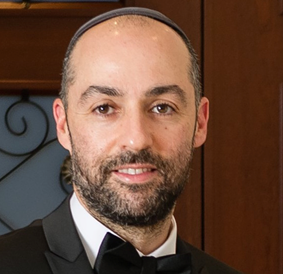 By Bradley Martin
The Federalist

At a high-end car and motorcycle dealership in Montreal, a Canadian-Jewish businessman has made it his mission to save Christian and Yazidi girls from ISIS. What began as just another business venture for Steve Maman, a car dealer specializing in luxury automobiles, would turn into saving the lives of thousands of people.

Born in Morocco and immigrating to Canada at a very young age, Maman describes himself as an Orthodox Jew who grew up with “a great sense of being proudly Jewish.” Maman’s journey began following the deaths of Uday and Qusay Hussein, sons of the Iraqi dictator Saddam Hussein. Aside from their horrifying reputations consisting of rape, murder, and torture, the brothers also had a voracious appetite for fine automobiles.

“[Uday and Qusay] traveled the world to collect fine cars,” said Maman. “They had over 500 cars in their collection – the most valuable cars in the world – Ferraris, Lamborghinis, Rolls Royces, you name it. They even had a 1958 Bentley Continental Dropped Coupe, which is worth several million dollars.”

Then He Learned About the Iraqi Genocide
At the time, Iraq would not allow any of these cars to leave the country. But Maman’s business inquiries resulted in a close friendship with Canon Andrew White, the former Anglican vicar of Baghdad’s St. George’s Church, known by many simply as “the Vicar of Baghdad.”

During one of their conversations, White told Maman of the dangerous situation facing the last five Iraqi Jews who lived in Baghdad. With a history stretching as far back as biblical times, the Iraqi Jewish population once numbered 150,000. This remnant celebrated Shabbat at St. George’s Church under White’s protection. White even recounted how they would celebrate Jewish holidays at the American embassy in Baghdad, alongside American Jews serving in the U.S military.

White also spoke to Maman about the genocide taking place against Christians and Yazidis in Iraq. The vicar gave an account of the thousands of women and children ISIS was holding captive. Amidst the beheadings, torture, and other horrors of the genocide, thousands of women were being sold into sexual slavery. Maman knew he had to do something.

“From 1939-1945, Jews were being murdered during the Holocaust,” said Maman, “despite the fact that everyone around knew it was going on. It was three years into the genocide [of Christians and Yazidis] yet nobody acted. That is why I did what I did. I didn’t trust anyone else to do it.” In November 2014, Maman founded the Liberation of Christian and Yazidi Children of Iraq (CYCI) to free hostages from ISIS territory.

‘We Will Leave It At That’
In early 2015, Maman was part of a delegation that met with then-Canadian Prime Minister Stephen Harper. After his speech, Maman approached Harper, praising him as a hero for his strong pro-Israel stance and “all he had done for Jews.” According to Maman, “Harper had tears in his eyes and was very touched.” During their meeting, Maman then reported of his plans to rescue women and children from ISIS territory.

“Harper loved the idea,” said Maman. “The [Canadian] federal government and [former Canadian minister of National Defense] Jason Kenney provided support to the rescue efforts under his leadership. We will leave it at that.”

Thanks for the link and a tip of the hat to Warren Geisler!