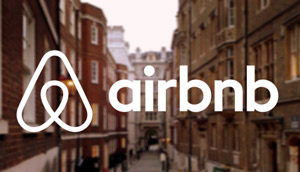 By JACKSON RICHMAN
(JNS) – The online hospitality service Airbnb announced on Tuesday, April 9, that it has reversed its November decision to blacklist about 200 Jewish-owned properties in Judea and Samaria and has settled all lawsuits.

“Under the settlement terms, Airbnb will not move forward with implementing the removal of listings in the West Bank from the platform,” said the company in a statement. “We understand the complexity of the issue that was addressed in our previous policy announcement, and we will continue to allow listings throughout all of the West Bank, but Airbnb will take no profits from this activity in the region.”

Instead, all profits will go towards nonprofit groups “dedicated to humanitarian aid that serve people in different parts of the world.”

“Airbnb has always opposed the BDS movement. Airbnb has never boycotted Israel, Israeli businesses or the more than 20,000 Israeli hosts who are active on the Airbnb platform,” added the company. “We have always sought to bring people together and will continue to work with our community to achieve this goal.”

Shurat HaDin Law Center and the Conference of Presidents of Major American Jewish Organizations were among pro-Israel agencies that celebrated the reversal after months of ongoing pressure from the pro-Israel and Jewish communities.

“This is a powerful defeat for the anti-Israel boycott movement,” they said in a statement. “Other international companies need to learn [similar] lessons.”

“This a critical decision given the high visibility of Airbnb and the attention given to its earlier announcement,” said Conference of Presidents chairman Arthur Stark and executive vice chairman and CEO Malcolm Hoenlein. “The concern was that it was not only discriminatory, but that it would set a precedent for other companies and be portrayed as an endorsement of the Boycott, Divestment and Sanctions [BDS] movement.”

“We applaud the individuals and organizations who spoke out against this policy and placed pressure on Airbnb with a unified voice, and congratulate the plaintiffs who filed lawsuits challenging the legality of the policy, and the states that went on record that application of the policy would disqualify Airbnb from eligibility for state contracts,” StandWithUs co-founder and CEO Roz Rothstein told JNS. “This outcome demonstrates that companies wishing to engage in discriminatory boycotts against Israel will be the ones most harmed by such a decision.”

“.@Airbnb’s policy was discrimination against Israelis,” tweeted the American Israel Public Affairs Committee. “Today they reversed this misguided policy and announced they are opposed to the BDS movement. We must call BDS what it is: anti-Israel, anti-peace, & damaging to U.S. interests.”

Sarah Stern, Endowment for Middle East Truth founder and president told JNS that Tuesday’s decision “is a tremendous victory against the prejudicial and discriminatory policies of the BDS movement” and that “other companies who have decided to support the BDS movement would be wise to take heed.”

“Muslim and Christian owners of properties in Judea and Samaria were clearly allowed to list their properties on the site, while Jewish home owners had been prohibited from doing so, which is clearly discriminatory against those who practice Judaism,” she said.

“While the properties were in Judea and Samaria, this blatant discriminatory practice was being conducted by the American online hosting platform, based in San Francisco, and is therefore subject to American Fair Housing Act Laws,” she added.