The Sidney Albert Albany Jewish Community Center has announced that the 2020 Annual Pillars Of The Community Award winners are Debbie and Jeff Cohen, Lauren and Bob Finkle and Donna and Lee Rosen. The Pillars of the Community Awards recognizes individuals who have made exceptional contributions to the Center and/or the Jewish community at-large through education, service and acts of kindness. The tribute date planned for April was postponed due to the COVID-19 pandemic. Details about how the award winners will be recognized will be announced when plans are finalized, according to AJCC organizers. 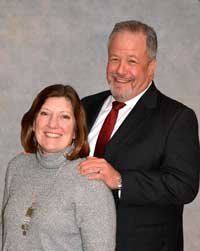 Debbie and Jeff Cohen have been married for 28 years. The Cohen’s credit their experiences at the Center for leading them to support Jewish and secular not-for-profits in the community. Jeff was president of Congregation Ohav Shalom in Albany, and serves on the board of Capital Roots, the AJCC and the B’nai B’rith Foundation. Debbie’s involvement includes leadership roles within the Guilderland School District, Ohav Shalom, the Elmwood Park Fire District and the Capital Region Maccabi Games.

Lauren and Bob Finkle have been married for 36 years. Lauren and Bob are members of Congregation Beth Emeth where Lauren has served on the board 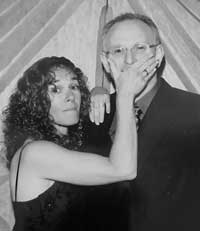 of trustees. Both are involved with the Jewish Federation of Northeastern New York. Bob has served on the board, as campaign chairman. Lauren serves on the Federation Women’s Philanthropy Board and volunteers with the Jewish Coalition for Literacy and TOV programs. Lauren also served as one of the co-chairpersons of the 2017 Capital Region Maccabi Games.

Donna and Lee Rosen have been married for 30 years. Donna has been an active member of the Congregation Beth Emeth and a supporter of Lee’s and their children David and Jamie’s leadership roles with the congregation. Lee was president of the Beth Emeth Board of Trustees and has and continues to be involved with various committees. Lee was also a member of the 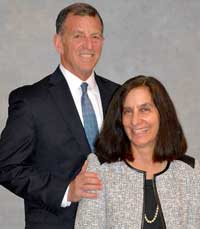 board of directors of the Sidney Albert Albany Jewish Community Center and continues to serve on several committees. Donna and Lee support other philanthropic efforts in both the Jewish and greater Capital District communities such as Capital Rep Theatre and To Life! 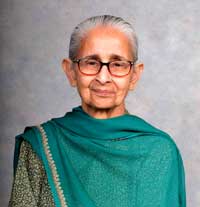 social-emotional growth while teaching academics. Pannu has attributed her success to the wonderful colleagues she has had the pleasure of working with throughout the years. Pannu is a past recipient of “The Helpful Teacher Award” and the “Children First Educator of the Week Award” of ABC WTEN TV.  According to Pannu, “Teaching the children means so much to me and I have loved every moment of it.” 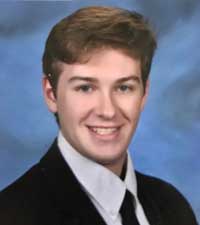 Brady Rudnick is a senior at Shaker High School and will attend George Mason University in the fall. He became a bar mitzvah at Temple Israel in Albany. For his bar mitzvah project, he organized a basketball game to raise money towards building a playground in memory of a friend at his elementary school. He continued his Jewish education at Mifgash Jewish Community High School and later completed a fellowship at the Alexander Muss High School in Israel. He also participated in the 2017 Capital Region Maccabi Games.

Kyra Schaffer is a senior at Voorheesville High School and will attend Binghamton University to study biology.  She attended preschool at the Albany JCC and continued her Jewish education at Congregation Beth Emeth where she became a bat mitzvah and was confirmed.  She continues to participate in Jewish traditions with her family and serves the Jewish community by delivering Yom HaShoah candles. She also serves the larger 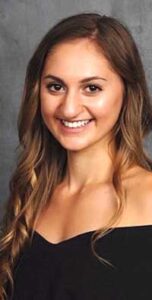 community by volunteering in the Saratoga Hospital emergency room and participating in her school’s Key Club.

AJCC organizers have suggested that to learn more about the various honorees readers may visit the website at www.albanyjcc.org/pillars.