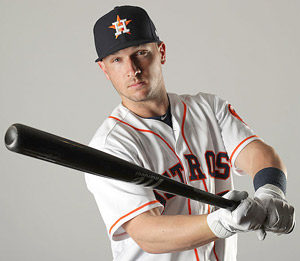 By GABE FRIEDMAN
NEW YORK CITY (JTA) – Alex Bregman has agreed to a six-year, $100 million contract with the Houston Astros — one of the largest deals ever for a professional Jewish athlete.

Bregman, who  recently turned 25 has established himself as one of Major League Baseball’s top players. Last year he finished fifth in the American League’s Most Valuable Player voting following a season of 31 home runs, 103 runs batted in and a league-best 51 doubles. He also was named the All-Star Game’s MVP.

The only Jewish athlete to appear to have signed a bigger contract was fellow Jewish major leaguer Ryan Braun, who signed a contract extension with the Milwaukee Brewers in 2011 worth $105 million.

(Both of those contracts look small compared to Los Angeles Angels outfielder Mike Trout: the two-time American League MVP recently signed a 12-year, $426.5 million contract, one of the largest deals ever in pro sports.)

“When I think about the future and how I can make a difference in the world, I want to be able to use my love of the game of baseball to be a good example and a good person,” Bregman said at his ceremony at Albuquerque’s Congregation Albert in 2007. “I want to be a professional athlete who plays for the love of the game, never quits trying to give my best and is a good role model for all of the kids who look up to baseball players.”

A JTA story by Hillel Kuttle in 2018 reported that his mother, Jackie, will tell you that her son is more than about baseball. His foundation, AB for AUDS, provides computer tablets to children with autism and Down syndrome. Brady Columbus, a son of Bregman’s former hitting coach and Bregman’s godson, is autistic.