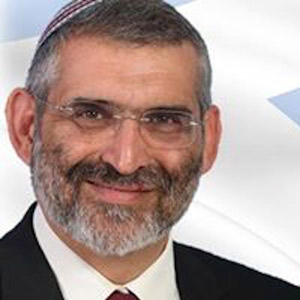 By SEAN SAVAGE and JACKSON RICHMAN
(JNS) – The fallout over the recent merger of Otzma Yehudit with the Jewish Home Party—a bid by Israeli Prime Minister Benjamin Netanyahu to bolster his right-wing coalition ahead of April 9 elections—appears to have exacerbated already strained ties between Israel and several American Jewish organizations.

Careless Words?
While prominent American Jewish groups, such as AIPAC, the American Jewish Committee and Anti-Defamation League, were outspoken in their criticism of Otzma Yehudit, describing the party as “racist” and “reprehensible” and having “hate-filled rhetoric,” the groups did stop short of directly criticizing Netanyahu.

However, other American Jewish groups, such as Rabbi Rick Jacobs, president of the Union for Reform Judaism, compared to merger to the “the equivalent in the United States of the KKK being welcomed into the corridors of power.”

While the Conservative/Masorti movement refrained from the harsher language of its Reform counterparts, it did condemn Otzma Yehudit as a “racist” Israeli political party.

“Otzma Yehudit should not be further legitimized in any sense, and we hope and pray that the party returns to a place of irrelevance,” it stated.

Yet T’ruah, a liberal rabbinic group, went a step further and not only condemned the merger, but also called on the Internal Revenue Service to investigate U.S. charities that allegedly support Otzma Yehudit.

“We call on Prime Minister Netanyahu to reject any coalition with [Rabbi Meir] Kahane’s disciples, and we demand that the IRS ensure that American taxpayer dollars will no longer support these dangerous extremists.”

Ammunition For Enemies
On a related tangent, there has been concern that some of the criticism directed towards Netanyahu, and more broadly Israel, can be misconstrued and bolster arguments by critics of Israel, including the BDS movement.

Malcolm Hoenlein, executive vice chairman of the Conference of Presidents of Major American Jewish Organizations, told JNS that both Israelis and Americans need to be more cognizant of language used, saying “Israeli leaders and Jewish groups need to be sensitive to how things are perceived that, even if not intended, can be subject to misuse by those who have been fighting against Israel.”

Daniel Pipes, founder and president of the Middle East Forum, told JNS that terminology is subjective, and that he has a degree of skepticism in the use of terms such as “far-right” or “racist.”

“As someone who studies nationalist parties in Europe that are routinely characterized as ‘far-right’ or ‘racist,’ I have learned to be wary of these terms. What I know of Otzma Yehudit suggests it advocates a tough policy toward the Palestinians, but I do not discern racism. This being the case, Likud’s working to bring it into the Knesset looks legitimate.”

Involvement In Israeli Elections
The fallout over the Otzma Yehudit merger comes amid ongoing rankling between Israel and American Jewry in the last several years.

Similarly, demographics and politics have also played a role in exacerbating disagreements between the two largest Jewish communities in the world. Netanyahu and U.S. President Donald Trump have formed a close relationship, with Netanyahu enthusiastically backing Trump’s policies on Iran and the U.S. embassy move from Tel Aviv to Jerusalem. This comes as a large majority of American Jews oppose Trump, largely on his domestic agenda, and voted overwhelmingly for Hillary Clinton in 2016 and for Democrats in the 2018 midterm elections.

For its part, the Trump administration has refrained from commenting on the Israeli elections, with Secretary of State Mike Pompeo telling CNN that “we’re not about to get involved in an election, to interfere in an election of a democracy.”

A number of American Jewish organizations echoed this approach and refrained from commenting on the election.

Likewise, NORPAC told JNS that “it does not get involved in Israeli elections.”

The Republican Jewish Coalition also has “a long-standing policy of not commenting on Israel’s domestic politics. Ultimately this is a matter for the people of Israel, not for US. organizations to weigh in on.”

However, Democratic Jewish groups did criticize the merger. The Democratic Majority for Israel said it felt “compelled” to speak out against “the possibility that followers of radical racist Meir Kahane could enter Israel’s parliament.”

“Making such individuals parliamentarians would be an insult to the ideals embodied in Israel’s Declaration of Independence, and the principles espoused by every previous Israeli Prime Minister from every party.

“We cannot expect others to stand up against anti-Semitism if we do not oppose bigotry and extremism in all its forms. This development in Israel is inconsistent with its democratic tradition and our values,” said the Jewish Democratic Council of America.

Extremist Arab-Israeli Parties?
While right-wing American Jewish organizations also refrained from weighing in on internal Israeli politics, they instead argued that there has been a degree of hypocrisy in some of the U.S. Jewish group’s criticism.

In a statement, the Zionist Organization of America said that American Jewish groups were quick were to condemn the merger, but have not spoken out about mergers on the Israeli left, especially among Israeli-Arab parties, which oppose the existence of the Jewish state.

“While harshly criticizing Otzma Yehudit, [they] have all been silent about the terror-fomenting, hatred-spewing anti-Israel, Arab party leaders and parties running for Knesset, including Ayman Odeh and Ahmed Tibi, and about P.A. dictator Mahmoud Abbas brokering the merger of the Arab Communist Hadash Party and Arab Nationalist Ta’al Party.”

Double Standard?
Similarly, the Coalition of Jewish Values said that Otzmah Yehudit’s positions are “moderate” compared to “the statements, positions and outright support for terrorism of several Arab Knesset members. It is utterly unfair to deny a hearing to Otzma Yehudit voters on the appropriate response to that hatred.”

“Our consistent view is that American Jews should not be telling Israelis how to run their country,” stated Rabbi Yaakov Menken, managing director of the CJV. “In this case, the intervention of the AJC and AIPAC is both startling and deeply troubling. Considering the support for terrorism shown by multiple Arab [Knesset members], to uniquely criticize Otzma Yehudit seems to reflect bias against Jews, rather than a sincere desire for the elimination of hatred and bigotry on all sides.”