Amnesty International to single out Jews in 2019, according to leaked documents 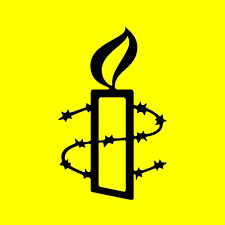 (NGO Monitor via JNS) Leaked documents seen by NGO Monitor and an analysis of public statements from NGO officials indicate that Amnesty International will conduct a series of intense campaigns singling out Israel in early 2019. In this process, Amnesty will delegitimize Jewish historical connections to Jerusalem and elsewhere, as well as promote discriminatory boycotts (BDS) against Israel, according to JNS.

Amnesty’s 2019 attacks will include at least two components:

Amnesty’s Anti-Semitism
Amnesty’s 2019 attacks on the Jewish state come at a time when NGO is facing increased criticism over its own deeply rooted anti-Semitism.

In 2018, Amnesty antagonized the British Jewish community by cancelling a debate sponsored by the U.K.’s Jewish Leadership Council, scheduled to be held at Amnesty’s Human Rights Centre in London. When Amnesty conducted “an unprecedented large-scale analysis of abuse against women on Twitter,” it included sexism and racism against female journalists and politicians, but not anti-Semitism.

Similarly, Amnesty has done little to no campaigning on the rising number of violent anti-Semitic incidents in the United States and Europe.

In April 2015, Amnesty-U.K. rejected an initiative to “Campaign against anti-Semitism in the U.K.,” as well as “Lobby the U.K. Government to tackle the rise in anti-Semitic attacks in Britain” and “monitor anti-Semitism closely.” It was the only proposed resolution at the annual general meeting that was not adopted.

Notably, Amnesty-U.K. continues to employ Kristyan Benedict, who has made multiple anti-Semitic comments (including against female Members of Parliament).

In other words, instead of recognizing the fight against anti-Semitism as a human-rights issue worthy of attention, Amnesty has decided instead to ratchet up its targeting of the Jewish state.

Building Israel and battling terrorism, one tree at a time
Kiryas Joel is now Palm Tree, the first official US haredi Orthodox town