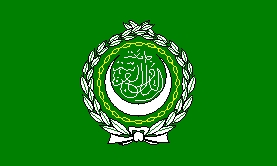 (JNS) – Arab finance ministers met at the Arab League in Cairo, Egypt recently and pledged $100 million dollars a month to the Palestinians. The ministers condemned Israel’s seizure of Palestinian funds and called on the international community to pressure the Israeli government to “stop its piracy and return the Palestinian money in full,” according to a report by WAFA, the Palestinian News and Info Agency.

Secretary-General of the Arab League Ahmed Aboul Gheit said the monthly funding for the Palestinians had become an urgent necessity.

Israel regularly withholds a portion of Palestinian tax revenues, offsetting the amount the Palestinian Authority pays to imprisoned terrorists and their families.

Meanwhile, a Saudi Arabian diplomat  reportedly told the Israeli financial newspaper Globes that the tU.S. administration’s Mideast peace deal could lead to a Palestinian state. “It may be hard for them to relinquish the image of the eternal victim. Maybe they don’t believe that they’ll be able to get along without it,” said the diplomat.

On Israeli Prime Minister Benjamin Netanyahu and his relationship with U.S. President Donald Trump and Russian President Vladimir Putin the Saudi diplomat said, “It seems to me that even your prime minister’s biggest rivals are aware of his great international capabilities, and we recognize his excellent connection with Trump, and also with Russian President Vladimir Putin. It’s clear to us, however, that in the Israeli political structure, it will be hard for him to push through a diplomatic plan with the Palestinians, and that’s one of the reasons that the Palestinians are being stubborn.”

The diplomat also sent a message to Israelis: “This blood conflict has lasted too long. It’s clear to us—the Saudi Arabians, all of the Persian Gulf countries, Egypt and Jordan—that the era of warfare with Israel has ended, and that the advantages of normal relations are very great.”

AIPAC and J Street support bipartisan effort to restore funds for Israeli-Palestinian peace dialogue
For first time at UN, India votes with Israel and against group with ties to terror