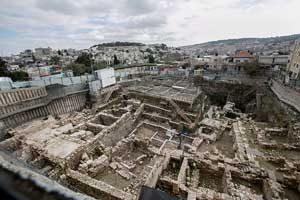 ALBANY–“The Archaeology of the Religion of Ancient Israel” will be taught over seven Wednesdays beginning Sept. 11, 10-11:45 a.m. at the B’nai Sholom synagogue, 420 Whitehall Rd., Albany.

Stark-Riemer has taught about the scientific study of the biblical world since 2007.  He studied anthropology at City College of New York, where he specialized in archaeology, and received his degree in 1972.  Stark-Riemer continues to pursue his interest in the archaeology, history and religion of the ancient Near East.

“The Archaeology of the Religion of Ancient Israel” is open to the public.  Fee for the seven-session course is $54 ($36 for B’nai Sholom members), and registration is required. Information is available at www.bnaisholomalbany.org, or by contacting the B’nai Sholom office at 518-482-5283 or office@bnaisholom.albany.ny.us.