Argentina quiz show stumps contestants by asking, ‘Which country has Tel Aviv as its capital?’ 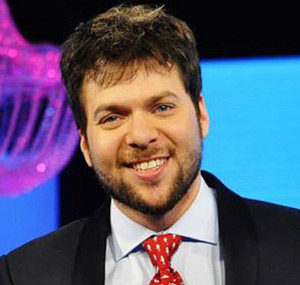 BUENOS AIRES, Argentina (JTA) — A television quiz show in Argentina recently experienced a confusing moment in the final round of competition when it asked “Which country has Tel Aviv as its capital?”

With a new car on the line, Guido Kaczka, the celebrity host of “Guido’s Tribunal” on national television Channel 13, called for a surprise commercial break during the live broadcast. The break came after a contestant named Lucas answered “Israel,” but went on to clarify that it is disputed, “especially since the United States recently declared that Jerusalem is the capital.”

Kaczka, who is Jewish, announced the commercial break, saying that the production team needed to consider the issue and determine the correct answer.

Returning from commercial, the show continued with a new question after ruling that the Tel Aviv question was invalid.

Lucas went on to answer the new question correctly and win the car.

Kaczka later announced that the answer to the Tel Aviv question should have been “no country,” since Jerusalem is the capital of Israel.

The Argentinean Zionist Organization said in a statement following the broadcast that “we support the decision of the program, which admitted that Jerusalem is the capital of Israel.” The group also noted that Argentina abstained in the December United Nations vote condemning the U.S. recognition of Jerusalem as Israel’s capital, and that there are clear historical reasons to affirm such recognition and for more than 3,000 years the Jewish nation has turned to Jerusalem as its spiritual center.

Last year the U.N. General Assembly voted 128-9 in favor of non-binding resolution against U.S. recognition of Jerusalem as Israel’s capital, saying the city’s final status must be decided in direct negotiations between Israel and the Palestinians.

Critics on social networks called on Kaczka to issue a strong statement saying that Jerusalem is Israel’s capital and berated him for the poor question.

Old Yiddish journals are given a new life online
A violin once owned by Einstein sells for over $500,000