Attack on Jewish teens in Toronto investigated as hate crime 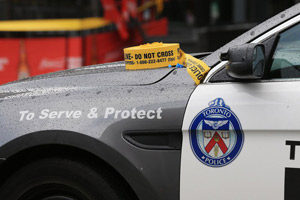 NEW YORK CITY (JTA) – An attack on a group of identifiably Jewish 17-year-old boys in Toronto is being investigated as a hate crime.

On Sunday, Nov, 11,the Jewish teens wearing “attire of their religious faith,” according to Toronto Police, passed by a group of 10 identified as being in their “early teens.” The larger group made derogatory remarks about the religion of the Jewish teens, then punched and kicked two of the Jews before splitting up and running away, police said. A pair of sunglasses was stolen from one of the Jewish teens.

One of the suspects was arrested at the scene, and the Jewish victims were treated for their injuries there, according to police.

“No one should ever be attacked for their religion,” Toronto Mayor John Tory said in a tweet. “Please help @TorontoPolice solve this hate crime/robbery investigation that occurred Sunday night.”