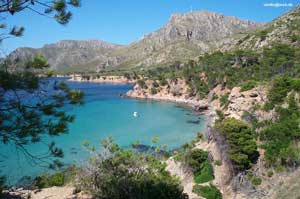 (JNS) – The parliament of Spain’s Balearic Islands has passed a bill condemning anti-Semitism, as per the widely accepted definition by International Holocaust Remembrance Alliance (IHRA), and the anti-Israel BDS movement. The legislation, approved by all major parties on June 6, pertains to Ibiza, Majorca, Palma and other areas.

The IHRA definition says: “Anti-Semitism is a certain perception of Jews, which may be expressed as hatred toward Jews. Rhetorical and physical manifestations of anti-Semitism are directed toward Jewish or non-Jewish individuals and/or their property, toward Jewish community institutions and religious facilities.”

Ignacio Wenley Palacios, the Lawfare Project’s senior counsel in Spain, said “boycotts by public institutions have all the attributes of the most intolerable discrimination. They deny relations and the provision of public services to individuals not because of their behavior, but because of something they cannot change nor avoid: their country of origin.”

“Identifying and defining antisemitism are critical steps in eradicating it. Thank you,” tweeted the World Jewish Congress.

Identifying and defining antisemitism are critical steps in eradicating it. Thank you. pic.twitter.com/jSd56p7ggc

A challah essential ingredient: Marilyn puts soul into the dough.
Experts: Israeli sovereignty not expected to cause massive violence or backlash