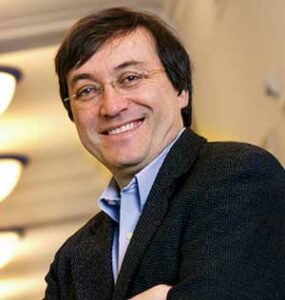 ANNANDALE-ON-HUDSON–Bard College will inaugurate the Jacob Neusner Memorial Lectures in Jewish and Religious Studies with lectures by scholar of Jewish studies Moshe Halbertal Oct. 24 and 27 on the Bard campus in Annandale-on-Hudson and in New York City.

“The Biblical Book of Samuel and the Birth of Politics: Two Faces of Political Violence” takes place Thursday, Oct, 24, at 4:45 p.m, in room 102 of the F.W. Olin Humanities Building on the Bard College campus. “Confronting Loss: The Meaning & Experience of Mourning from the Talmud to Maimonides” takes place Sunday, Oct. 27, at 7 p.m. the Sixth Street Community Synagogue, 325 E. Sixth Street, New York city. The lectures are free and open to the public. No reservations are required.

Halbertal is the the Gruss chairman of law at New York University, the John and Golda Cohen Professorship of Jewish Philosophy at the Hebrew University of Jerusalem, and is a member of the Israeli Academy for the Sciences and the Humanities. He is the author of works of Jewish and religious studies scholarship, including, with Avishai Margalit, Idolatry (Harvard 1992), Maimonides: Life and Thought (Princeton, 2013), which won the National Jewish Book Award, and, with Stephen Holmes, The Beginning of Politics: Power in the Biblical Book of Samuel (Princeton, 2017).

Sukkot (Feast of Tabernacles) guide for the perplexed, 2019
Israel’s crackdown on foreign workers is driving some families into hiding; Do children born in Israel have rights?