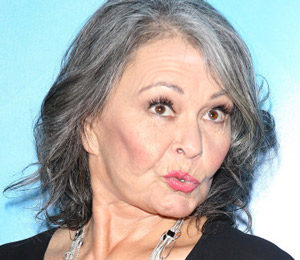 Recently, Barr had tweeted that Chelsea Clinton was married to a Soros nephew, which Clinton refuted in a tweet. In the tweet, Clinton praised Soros’ Open Society Foundations, which provides grants to civil society groups around the world, with a stated aim of advancing justice, education, public health and independent media.

Barr then responded in a tweet that has since been deleted: “Sorry to have tweeted incorrect info about you! Please forgive me! By the way, George Soros is a Nazi who turned in his fellow Jews to be murdered in German concentration camps and stole their wealth — were you aware of that? But, we all make mistakes, right Chelsea?”

Barr tweeted late Monday, June 11, “I apologize sincerely to @georgesoros. His family was persecuted by The Nazis & survived The Holocaust only because of the strength & resourcefulness of his father.” The tweet included a link to information about Open Society Foundations.

The original Soros tweet was posted at the same time as Barr’s racist tweet mocking Valerie Jarrett, a former adviser to President Barack Obama and an African-American, which led to the cancellation of the reboot of her popular sitcom on ABC.

The lie that Soros collaborated with the Nazis stems from several weeks that he spent with a Hungarian official when he was 14 — a stay that his father arranged to protect his son. Most of the time was spent in the official’s apartment, but Soros accompanied the official, who supervised the confiscation of Jewish property after families were deported, on a single outing. The official introduced Soros as his godson and Soros did not participate in the inventory taking.

Soros also served two days as a courier for the Judenrat until his father learned that his job was to deliver deportation notices to Jews. That account comes from a book written by Soros’ father, who also noted that Soros warned the recipients not to go to the designated address.

The Soros tweet by Barr, who identifies as Jewish, is in some circles considered Holocaust denial. “Attempts to blame the Jews for causing their own genocide” is classified as one form of denial by the International Holocaust Remembrance Alliance.