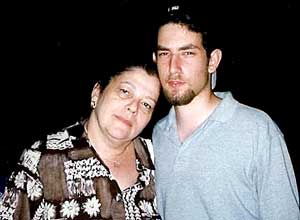 By HEATHER ROBINSON
(JNS) – Sometimes, even the most adult person just wishes their mom could make it stop hurting.

Desire to honor his late mother has prompted one New York City man to organize a concert in her memory at a time when much of the world needs comfort.

Journalist Alan Zeitlin, who suffers from Complex Regional Pain Syndrome, a rare and debilitating disease, has organized a 7 p.m. online concert for Monday, June 22 called “Light of Zeitlin” in memory of his late mother, Susan Zeitlin. It’s slated to bring together more than 20 Jewish artists performing in an array of styles from rock to rap to spiritual.

“Artists are free to perform what they want, but the themes are love, healing and mothers,” said Zeitlin.

The concert will feature a first-time performance of the anti-bullying anthem “Soon Your Day Will Come,” co-written by Alan Zeitlin and Sam “Bodi” Bodenheimer, with Bodi on keyboards and Shira Bouskila on vocals.

Music May Comfort
For Zeitlin, 42, who has been living with chronic pain for over two years, isolation started before the coronavirus hit. He sees this project as a way to honor his mother, who died in 2015; to provide a platform for artists whose abilities to perform have been frustrated during the pandemic; and to soothe the world.

“I believe in acting with urgency, so it’s best to do this concert now,” said Zeitlin. “These are great artists. Two have recovered from COVID-19. We are facing challenges we never thought 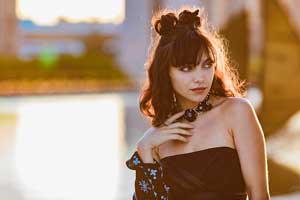 we’d have … Not saying music is a cure or will bring back those who have passed, but maybe for a little while, music can help.”

Zeitlin’s mother was a clinical social worker whose hobby was matchmaking; she “made 15 marriages” through activism in her synagogue, the Monsey Jewish Center in Upstate New York, he said. Although she was not a musician, she “loved music” and used to sing him “Sunrise, Sunset” from “Fiddler on the Roof” when he was a child—a song that will be performed in the concert by Los Angeles-based violinist Ada Pasternak.

Zeitlin said his mother had encouraged him to be involved in music and follow all his dreams.

“I said I wanted to sing at Shea Stadium. A lot of people would’ve said that’s crazy, but she said, ‘Why not?’” he recalled. (As co-founder of the Jewish a cappella group Six13, Zeitlin did eventually sing at Shea Stadium for Jewish heritage events at games, as well as at Citi Field in Queens and Manhattan’s Madison Square Garden).

‘Brings Us Together’
Since his illness, Zeitlin, also a high school journalism teacher and writer, hasn’t been able to perform, but views “Light of Zeitlin” as a creative outlet.

He selected the musicians who will play in the concert not only for their talent, but for their character, because he wants to honor his mother, who he says was a great judge of character. “These artists are beautiful inside and out,” he said. “I wouldn’t have asked anyone who doesn’t care about people.” 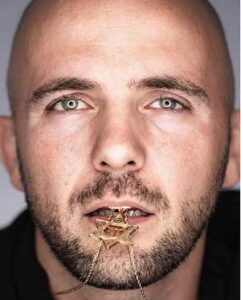 Kosha Dillz spoke of his desire to honor mothers, including his own, by participating.

“His mother is iconic in every Jewish man’s life,” said Dillz. “Hopefully, we will find a partner with some mother-like qualities that will build our next generation of bubbies.”

“It’s an emotional and touchy time. That’s why I just like to call my mom, what a relief,” he said. “Of course, your mom drives you crazy, but you treasure her. That’s why it’s good to be part of a project like this … A lot of people don’t have the privilege to even be able to call their mother.”

Taali, who spoke of coming from a long line of “powerful Jewish women,” will perform several songs, including a female empowerment anthem called “Hear You Now.”

A Call For Healing
“Music brings us together, brings us joy and helps us through tough times, [so] it’s very important at this time to have get togethers honoring great people and great music,” said Shira Bouskila, a participating singer, songwriter and guitarist.

“Throughout life, my mother has been my rock,” said violinist Ada Pasternak, so it means a great deal to participate in a concert recognizing “all the incredible moms out there, and everything they do.”

Although the concert is not political, Zeitlin said the project could be viewed as a call for healing in response to cataclysmic and painful recent world events.

“Even the toughest person, when they’re hurt, they call for their mom,” said Zeitlin. “I think music has the maternal qualities of healing and sometimes giving hope.”