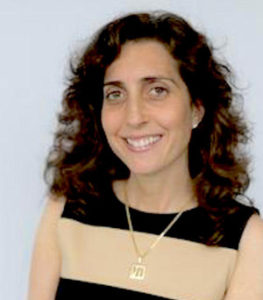 ALBANY–As part of its 180th anniversary year celebration, Congregation Beth Emeth will explore the changing role of women in Judaism in its next Lunch and Learn series. There will be four meetings, with the first slated for Wednesday, Feb.14.  Other dates will be Feb. 28, March 7 and March 14. All four sessions, free and open to the community, will be from noon to 1:30 p.m. at the temple, 100 Academy Rd., Albany.

The conversation will be led by Beth Emeth’s Education Director Shara Siegfeld and will focus on various changes for Jewish women throughout the years and how the different movements have redefined themselves. The group will also look at how individuals establish their Jewish identities.

Siegfeld has been the education director of the Einhorn Center for Jewish Education since 2013 and has taught at other local Jewish institutions, including the Bet Shraga Hebrew Academy, Ohav Shalom Synagogue and Temple Israel. She has a bachelor’s degree in Jewish philosophy and an executive master’s degree in Jewish education leadership.

Those planning to attend are asked to bring their lunch. The congregation will provide beverages. Deb Sokoler at 518-436-9761, or dsokoler@bethemethalbany.org can provide details.

French film at AJCC to show how Holocaust education may help students
Jewish interaction with the mob to be theme of Bethlehem Chabad speaker on Feb. 15