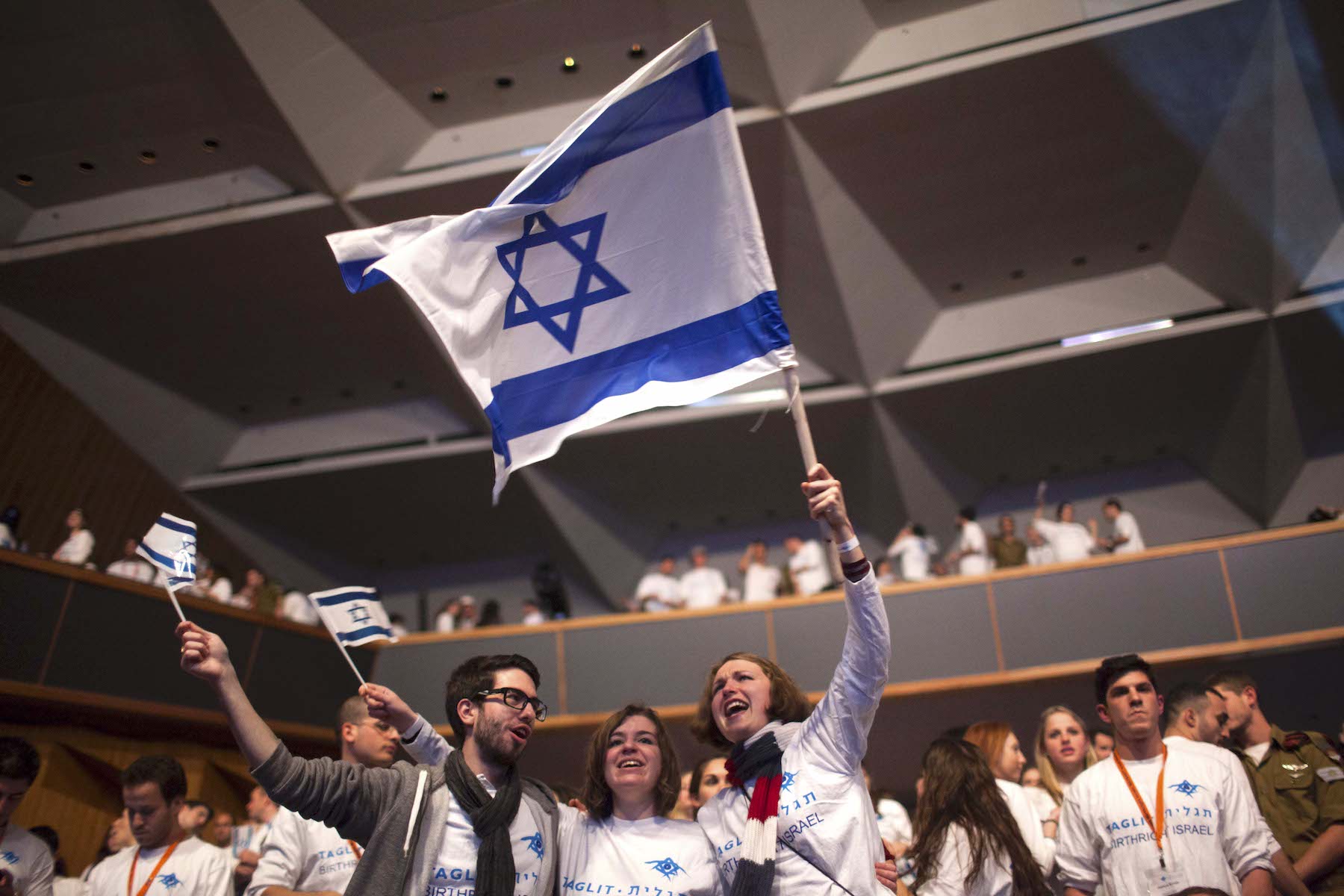 A curious thing occurred at the end of 2020. A program that had been promoted by the organized American-Jewish community was proven to be a tremendous success. But not everyone was happy about it.

So, the news that this program is now having budget problems will probably prompt mixed responses from a community that is clearly ambivalent about measures undertaken to ensure that it both survives and thrives. 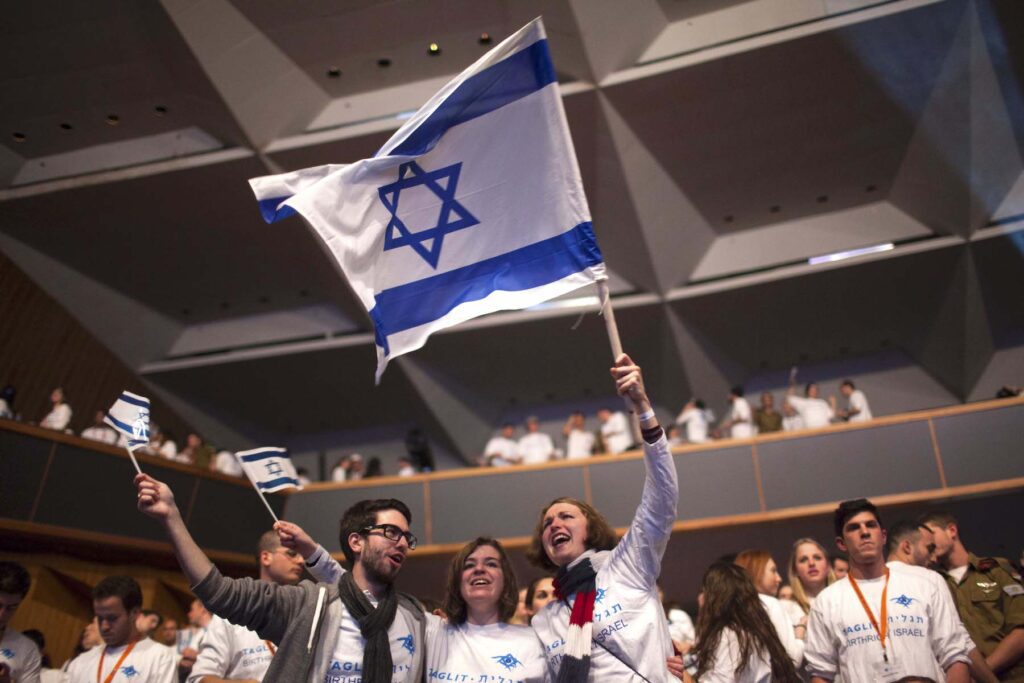 Impressive Results
The program in question is Taglit-Birthright Israel. Founded in 1999, it was created to ensure that every young Jew who wanted to go on a trip to Israel was able to do so free of charge. Since then, several hundred thousand young adults have taken advantage of the offer. And, according to a study conducted and published two years ago by Brandeis University’s Jewish Futures Project, the results have been impressive.

Startling Statistics
In an era when assimilation and intermarriage have taken a huge toll on the Jewish community, the 10-day Birthright visit has proven to be a life-changing event for many participants. The Brandeis study showed that nearly half of those eligible took advantage of Birthright. Even more important, those who did so were far more likely to be somewhat, or very, attached to Israel; feel a sense of belonging to the Jewish people; and feel they had a lot in common with Israeli Jews.

The most startling statistic was that participants were 160% more likely to end up with a Jewish partner or spouse. That’s stunning, considering that the overwhelming majority hasn’t been Orthodox, and demographic surveys reveal that at least 75% of non-Orthodox Jews are intermarrying.

Intermarriage Fight?
Yet the response to a study that ought to have been treated as great news at the time was far from unanimously positive. According to a Times of Israel story, a lot of people involved in Jewish life–and the growing Jewish communal sector devoted to interfaith outreach—were clearly upset by the very idea that Birthright was a tool that could be used to reduce the rate of intermarriage.

The phenomenon is now so ubiquitous that most Jewish organizations are afraid to do anything that might be construed as an appeal for endogamy, lest the intermarried and their families be offended. Indeed, even the author of the study sought to distance his work from any advocacy for Jews to marry other Jews.

The first study that pointed to the enormous increase in intermarriage—the 1990 National Jewish Population Study—generated a sense of crisis in the Jewish world that led most Federations and other Jewish philanthropies to shift their priorities.  Programs that were aimed at promoting what was then called “continuity”—a euphemism for encouraging Jews to marry other Jews and create Jewish families—became the rage. That involved more money for the three things that we know increase a sense of Jewish peoplehood: Jewish schools, Jewish camps and trips to Israel.

Day schools are the most effective, but have two built-in problems. One is that their exorbitant cost makes it difficult for middle-class families to afford them. The other is that many, if not most, non-Orthodox American Jews are so wary of being seen as part of a sectarian movement that they wouldn’t send their kids to a Jewish school, rather than to a public or secular private one, even if you paid them.

Continuity Goal Invalid?
Camps are effective, but suffer from the same problems as the schools. Trips to Israel were also not something that was a priority for most Jews, even if they could afford them.

That’s where Birthright came in. A group of large backers, including financier Michael Steinhardt, Seagrams heir Charles Bronfman and casino owner Sheldon Adelson, put up sufficient funds, with others also pitching in, to create a program that would offer every Jewish young adult a chance for a free trip to Israel. The Brandeis study demonstrates that it succeeded in doing exactly what its founders hoped it would do.

More than 20 years since Birthright went into operation, organized American Jewry’s attitudes toward both “continuity” and Israel have changed.

As some of the extreme responses to the recent Israeli election have shown, the willingness of many liberal Jews to buy into the smears that Israel-haters promote, and/or to view that country’s affairs through the prism of American politics, has led some to distance themselves from it. Yet, while that explains the actions of some on the Jewish left, the real reason for the alienation has to do with those intermarriage statistics.

Jews Of No Religion?
Intermarriage is just one aspect of the problem of assimilation and demographic change that results in a declining sense of Jewish peoplehood. And it’s true that many intermarried families embrace Judaism and Jewish identity with a fervor that surpasses that of many in-married couples.

But it’s equally the case that, on the whole, the children of intermarriage are less likely to get a Jewish education and more likely to intermarry themselves. They are less likely to affiliate with the community, contribute to Jewish causes or to feel a sense of connection to other Jews and Israel.

They form part of what is the fastest growing slice of those who, in one way or another, identify as Jews. That’s the group demographers call “Jews of no religion.”

All this means is that Birthright is still more important than ever, because it is able to reach a broad cross-section of the Jewish population and to have a tremendous impact on it.

It is thus no accident that leftist anti-Zionist groups, like Jewish Voice for Peace and IfNotNow, which traffic in anti-Semitic libels aimed at the Jewish state, have protested against Birthright. This is why the news that Birthright is planning on cutting back on its trips in 2023 is so alarming.

In 2022, the group took a record 35,000 young Americans to Israel. But, due to the rising costs of the program, they are reducing the number of participants to 23,500 in the coming year. This is both an inevitable consequence of the inflation that has ravaged the American economy in the last year and the fact that one of the major funders of Birthright since its inception, the Adelson Family Foundation, has reportedly cut its annual donation to $10 million, down from $35-40 million in the past.

This is a tragedy. Despite the fears of the Federations, and the political agitation against Israel, the strong connection to the Jewish state and the Jewish people that is engendered by these trips is needed more than ever. While schools and camps are still vital, there is simply no substitute for what Birthright has accomplished.

Community Must Step Up
Throughout its first two decades, the public assumed that a few wealthy individuals could be relied upon to keep it going. But it always relied upon more than just a handful of benefactors to survive—something that’s especially the case today.

While interfaith outreach groups and anti-Zionists may not be upset about a decline in the number of Birthright participants, no one who cares about perpetuating Jewish life in North America should be under illusions that their community doesn’t need to look to Israel as a spiritual center and a source of inspiration.

Birthright is too important to be allowed to be just one more victim of a bad economy or the decisions of individual foundations to shift their priorities. Organizations, philanthropic foundations and individual donors need to step up and compensate for the shortfall in Birthright’s budget. The alternative is to admit failure, not merely for a particular program, but for the North American Jewish community as a whole.

Jonathan S. Tobin is editor-in-chief of JNS (Jewish News Syndicatehe may be followed  on Twitter at: @jonathans_tobin. 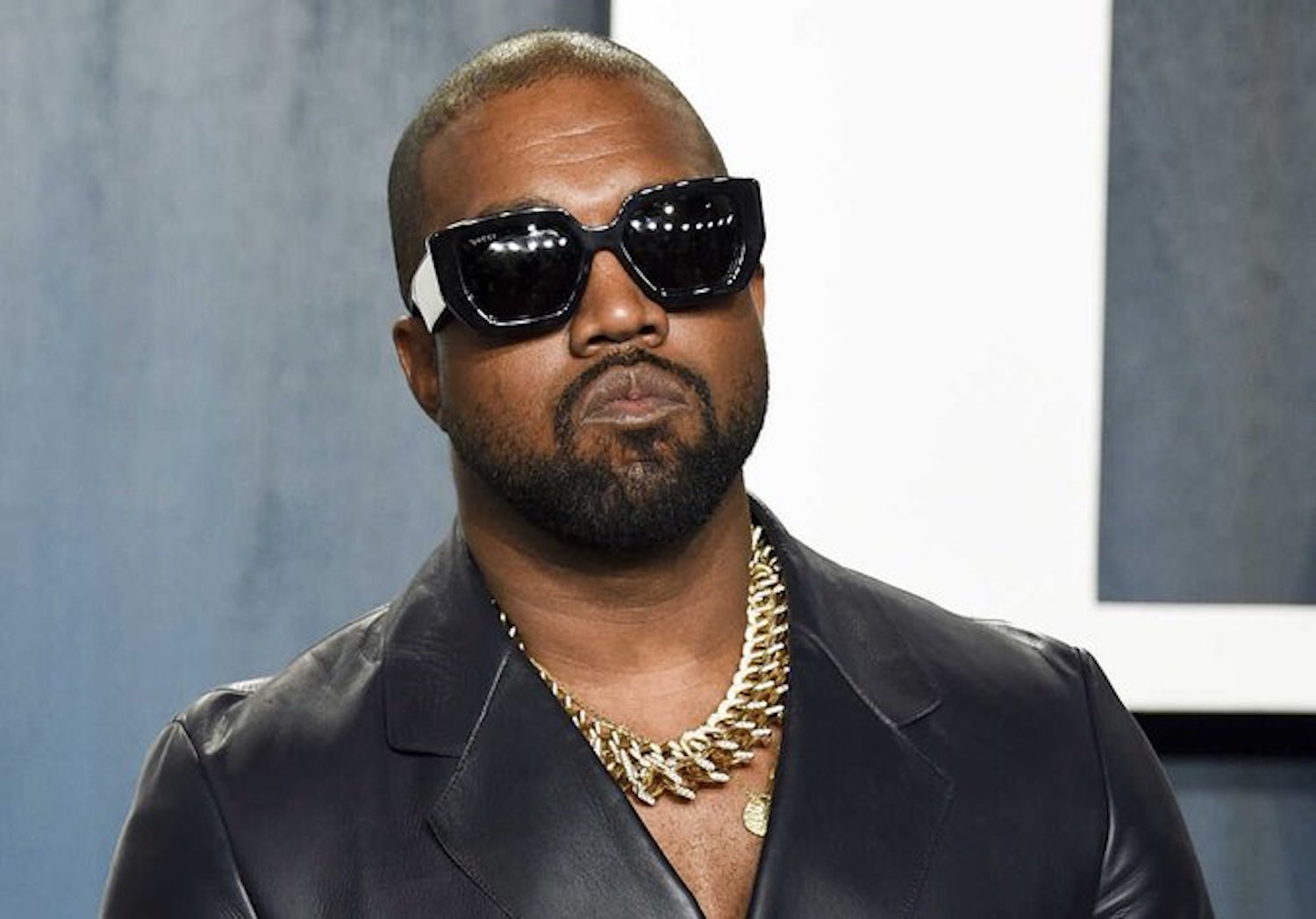 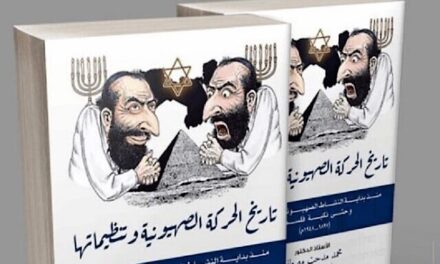 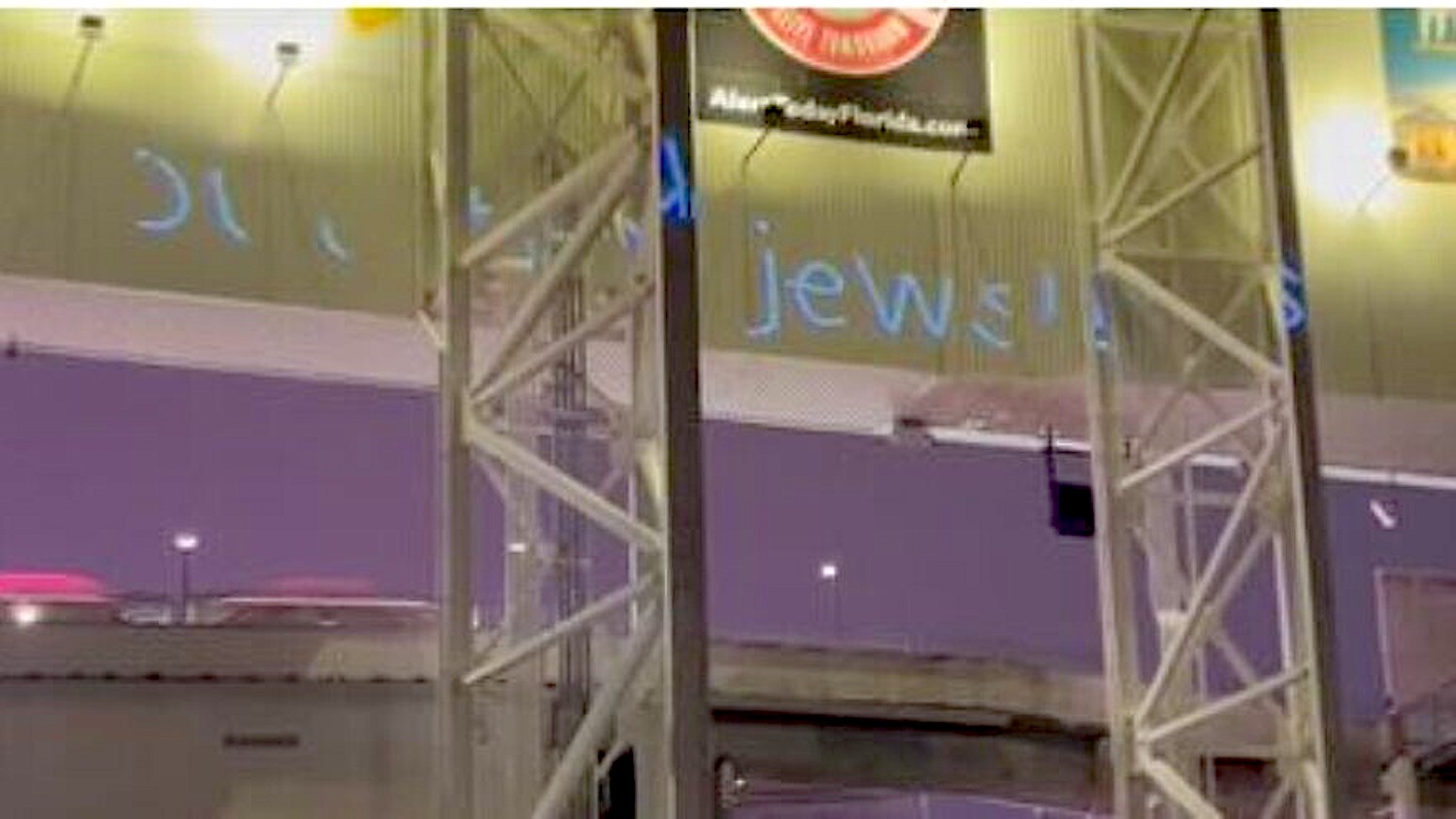 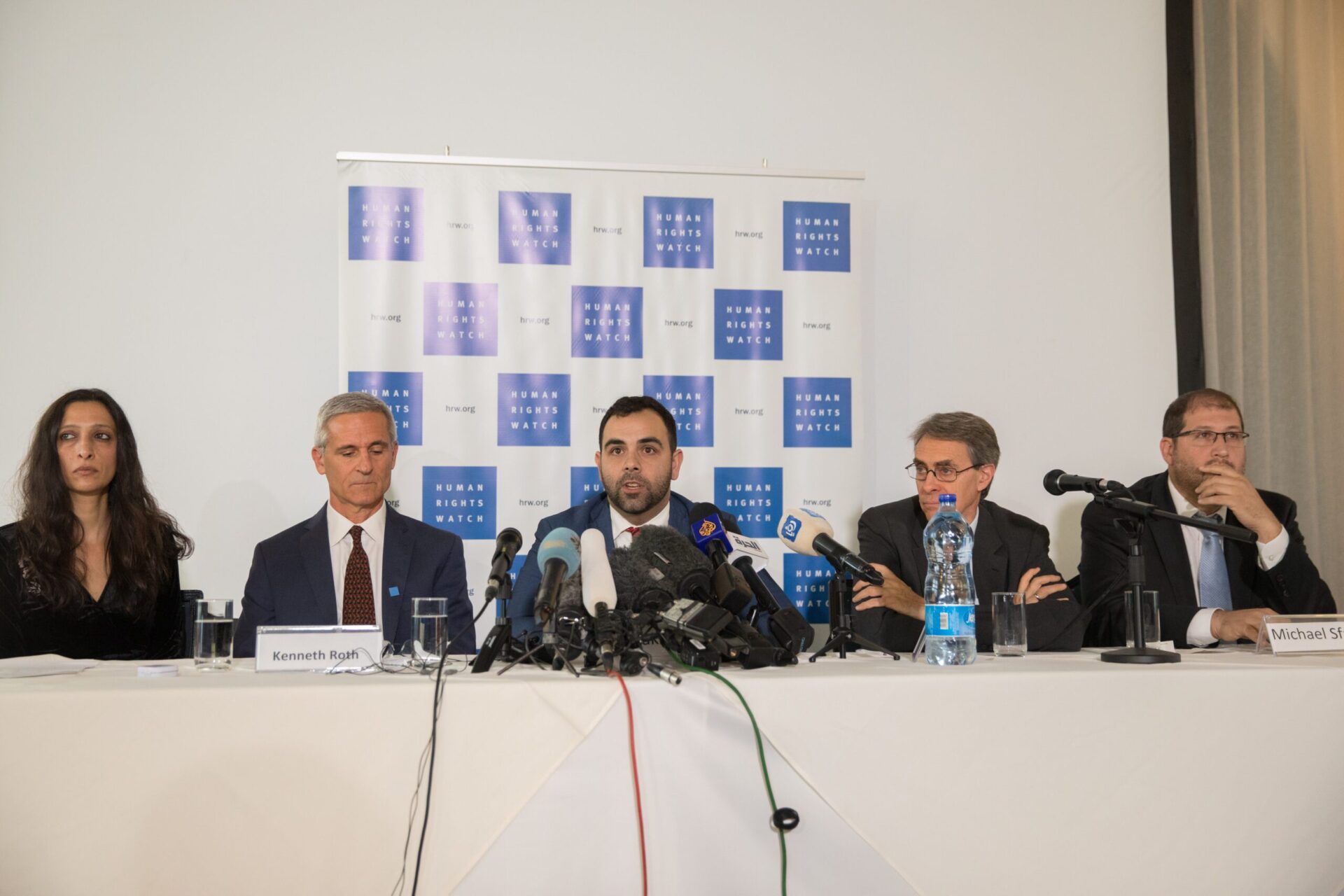 Mainstreaming the apartheid lie in the heart of the NY glitterati