Blood libel in Massena? Historian to discuss the incident tonight 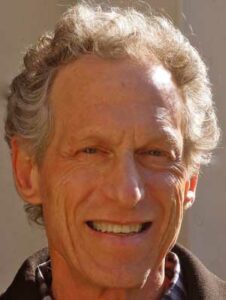 Edward Berenson, a scholar of modern French history, will discuss his new book, The Accusation: Blood Libel in an American Town (2019), an investigation of an anti-Semitic episode in 1928  in the upstate town of Massena today, Thursday, Nov. 21, in two lectures, free and open to the community.  The first will be in the multi- purpose room of the University at Albany Campus Center West on its uptown campus at 4:15 p.m.. At 7:30 p.m. Berenson will talk about his book at the New York State Museum, 222 Madison Ave., Albany.

After a 4-year-old girl vanished in the woods, Massena townspeople and its police accused local Jews of committing “ritual murder,” which had been a popular slander against the Jews of Europe during the Middle Ages.

A native of Massena, Berenson is professor of history and director of the Institute of French studies at NYU. His recent books include The Statue of Liberty: A Transatlantic Story (2012), and Heroes of Empire: Five Charismatic Men and the Conquest of Africa (2010).

Berenson’s presentation is a featured public event of the University at Albany History Department’s annual Researching New York Conference, and is cosponsored by the New York State Writers Institute, and the Programs in Judaic Studies and Religious Studies.

The vilification of Lt. Col. Alexander Vindman is definitely bad for the Jews
The attitude of gratitude: Jewish connections to share at the Thanksgiving table