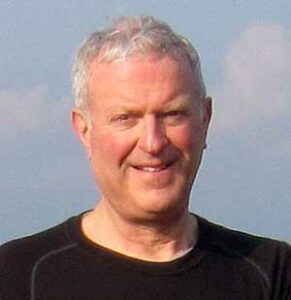 ALBANY– Ed Rosen of Albany will discuss the topography, demography and strategic importance of the Golan Heights during the B’nai Sholom Reform Congregation “Synagogue Scholars” series following the congregation’s Friday, Jan. 10, Shabbat service that begins at 8 p.m. Rosen will present “Riding Through the History of the Golan” at the synagogue, 420 Whitehall Rd., Albany. The service and program are open to all.

The Golan region of Israel has figured prominently in recent news, notably its formal recognition by the United States as a part of Israel. What are the Golan Heights?  Why is this territory — not much larger than Rensselaer Count—so strategically important?  What is its demography and diplomatic history?  How does it differ from the West Bank or Gaza?

Rosen studied history of the modern Middle East and international relations at the Hebrew University, Jerusalem.  He is an member of the Society for the Protection of Nature in Israel and has traveled the Golan extensively, including hiking and by horseback last winter.

Begun in 2004, B’nai Sholom’s “Synagogue Scholars” series spotlights individuals in the Capital Region Jewish community who are recognized scholars. Details about the program may be obtained at www.bnaisholomalbany.org or by contacting the B’nai Sholom office: office@bnaisholom.albany.ny.us or 518-482-5283.