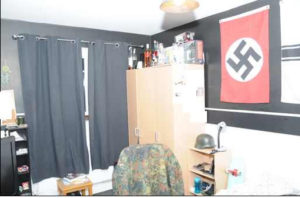 One in three British Jews has considered leaving the UK over the past two years due to anti-Semitism, a new survey has found, with a similar number admitting to hiding that they are Jewish in public. It comes after police figures released last month showed a 45% surge in reported anti-Jewish crime since 2014.

A survey published on Sunday 20 August by the Campaign Against Antisemitism (CAA) found just over a fifth of British Jews felt they no longer had a long-term future in the UK, while 32% said they had considered leaving the country altogether in the past two years.

Islamic extremists, the far-right, and the far left were ranked as the top three sources of concern among the 2,000 British Jews polled. Some 75% of those surveyed blamed recent political events for an increased hostility towards Jews – with about 37% saying they had tried to conceal being Jewish in public.

The survey results come despite a separate YouGov poll, commissioned by CAA, showing a decline in anti-Jewish prejudice over the same period among British adults, from 45% in 2015, to 36% in 2017.

El Al will fly again between Israel and Argentina, decades after the flight that carried Eichmann
Oregon eclipse tourists greeted by anti-Semitic banners on overpass