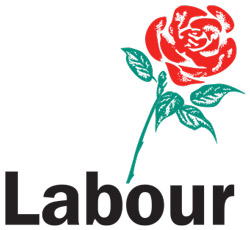 NEW YORK CITY (JTA) — A draft motion condemning the murder of 11 Jews at a Pittsburgh synagogue was voted down in a branch of Britain’s Labour Party in a small constituency in Britain’s north.

Steve Cooke, secretary of the Norton West branch in the Stockton North constituency of about 67,000 people near Scotland, submitted the motion for a vote following the Oct. 27 shooting attack.

When put to a vote, only two members backed the motion and it was voted down, The Independent reported.

Cooke wrote on Facebook that he was “aghast” that the motion was voted down and that members claimed there was too much focus on “anti-Semitism this, anti-Semitism that.”

His draft motion said that the murders “demonstrate the dangers posed by the growth in anti-Semitic sentiments and hate speech internationally.” It spoke of a need to “stand in solidarity with the Jewish community around the world and send our condolences to all those affected by the tragic events in Pittsburgh.”

Critics of the text at the Labour branch had said the text should have condemned all racism instead of calling out anti-Semitism specifically, Cooke said.

Labour is facing a criminal investigation initiated last week by police in the London area over alleged anti-Semitic hate speech by members online.

The Board of Deputies of British Jews has long maintained that Labour under Jeremy Corbyn, who has called Hamas and Hezbollah his friends and who has said that Zionists who were born in Britain have trouble understanding British irony, has an anti-Semitism problem that the party is not doing enough to address.

Corbyn has vowed to punish anyone from Labour caught making anti-Semitic statements and has called anti-Semitism unacceptable.