Can Netanyahu ignore real concerns as he is cheered in D.C.?

DC Report
By Douglas Bloomfield – When Prime Minister Benjamin Netanyahu comes to Washington next week the cheering of the crowds at the AIPAC policy conference (March 4-6) and the embrace of Donald Trump are likely to go to his head like the bubbles in a glass of the expensive champagne his wife likes so much. It can be very seductive.  Thousands of true believers at the Washington Convention Center and the praise of the president that he likes to call his friend.

The admiring crowds at AIPAC will tell him what he wants to hear, not what he needs to hear. Unless he does more listening than talking at the White House he’ll think that he has got America in his pocket, where it belongs.

The P.M.’s Real Audience
No other foreign leader has Netanyahu’s high comfort level with U.S. audiences; he speaks colloquial American and knows how to get a crowd on his side.

His real audience is 5,897 miles east, however, where he is fighting for his political survival.

The adulation of the convention is seductive but misleading. It doesn’t reflect the reality across this country of this country’s shrinking support for Israel. AIPAC operatives have shared their concern with officials in Jerusalem about a deepening disenchantment and growing detachment from Israel.

New Trouble—Indifference
“Being angry at Israel and its leaders is one thing as it shows they are still engaged, but being indifferent is terrible,” said one insider. 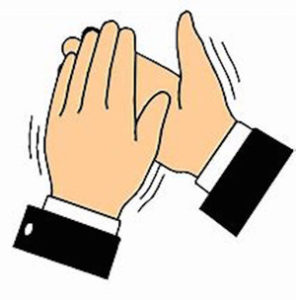 I’ve witnessed it myself in speeches to community groups around the country for several years.

The wealthy donors and the hardline activists like AIPAC members are, for the moment, immune from the erosion, but there is significant change taking place and Netanyahu should be worried.

None of what he will hear in Washington is what he needs to hear. It will only give him a false sense of accomplishment. Far too many Jewish leaders fear speaking truth to power lest they not be welcomed the next time they want first class treatment in Israel or need a big drawing card for their contributors and events.

The leaders say that they represent American Jewry, but in fact they mostly represent the big donors who provide their outsized salaries. Their clout in Congress comes not from conviction but from the power of campaign contributions.

White House Chats
At the White House, Netanyahu and Trump will have much to talk about. They have a lot in common, starting with their legal bills and their frantic fear of a free press. Both face criminal investigation by teams of prosecutors, aides copping pleas to turn state’s witness, constant revelations of new scandals and the threat of losing their jobs before the end of their terms.

Netanyahu will profusely thank Trump for his decision to open the U.S. embassy in Jerusalem in time for Israel’s 70th birthday celebration in May. The prime minister will invite the president to the ceremony, who will have a hard time staying away from festivities where he will be the center of attention.

Trade-off?
I am reminded of the scene in “The Godfather” where Don Corleone grants a favor to a supplicant and tells him,  “Someday, and that day may never come, I’ll call upon you to do a service for me.”

Trump is not a generous man; like Netanyahu his basic philosophy is “it’s all about me.” He gives away nothing free. What will he ask in return for the Jerusalem embassy? I expect the first installment will be acceptance of the peace plan his son-in-law is drafting.

There will be parts that are hard to swallow but if Netanyahu learned anything from Menachem Begin’s abrupt dismissal of the Reagan peace plan in 1982, he will cautiously say there are things he likes and things he needs to talk to Trump about.

When the Reagan plan was revealed, I was working at AIPAC and Netanyahu was the number two at the Israeli Embassy in Washington.  Our bosses were out of town and we discussed a response. We agreed that Yasser Arafat would eventually reject everything so he should be allowed to be the fall guy. Begin, we felt, should just say, “let’s discuss it.” But Begin rejected that advice from Netanyahu and it led to frayed relations with the administration for quite a while.  There was even a White House attempt to cut aid to Israel that year as punishment.

Personal Or National Interest?
If Arafat’s successor, Mahmoud Abbas, rejects the Trump plan, look for Netanyahu to declare the peace process dead and move to shore up his hold on power by appeasing his right-wing partners, who are pressing to annex large chunks of the West Bank. That could create a clash with Washington, but at that point Netanyahu’s political survival trumps all else, at least in his mind.

Among the attributes Trump and Netanyahu seem to share is that each puts his personal interest above the national interest.

That may help explain Netanyahu’s seeming failure —intentional or not—to grasp the grave threat of the widening chasm between Israel and American Jewry.

Much of American Jewry sees a government stifling dissent and building obstacles to peace with the Palestinians.

“Not Jewish Enough” Alienation
American Jews, particularly moderates and progressives, are less troubled by the rampant corruption surrounding Netanyahu and his government than by their actions. A corrupt and powerful religious establishment that disdains democracy is telling millions of American Jews they are not Jewish enough to be accepted. Netanyahu’s decision to break his agreement to permit men and women to pray together at the Western Wall is an example of that widening rift.

The deportation of thousands of black asylum seekers offends not only most Jews, but also particularly African-Americans and the Congressional Black Caucus, who are leery of a perceived trend toward apartheid in Israel.

While most Jews around the world take pride in Israel as a Jewish democracy, the increasingly influential nationalist and religious camps don’t share that commitment.

And Netanyahu’s wildly enthusiastic embrace of Trump is sure to further alienate a Jewish majority that appears appalled by the president’s policies and personal style. Netanyahu’s effusive fawning over a president who has no respect for the truth and shows no loyalty to anyone but himself can only alienate still more Jews from the Jewish state and widen the partisan divide over support for Israel.

Don’t misunderstand. Israel is not losing the Jews —or the Democrats for that matter — to the “other side.” But there is a growing estrangement from a country that many feel is deserting them, one that looks increasingly like a place heading on a disastrous path toward possible apartheid, theocracy, intolerance and autocracy.