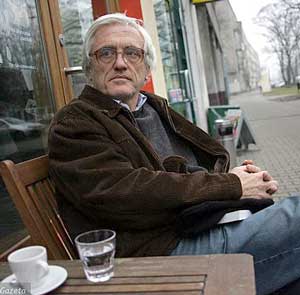 By KATARZYNA MARKUSZ
WARSAW, Poland (JTA) — A Polish prosecutor has dropped a case against Polish-American professor Jan Tomasz Gross for publishing an article that said Poles “killed more Jews than Germans during the war.”

The prosecutor’s office in Katowice, which began its investigation in 2016, determined that Gross did not insult the Polish nation in his article published in 2015.

According to expert opinions ordered by the prosecutor’s office, “there are no unambiguous and convincing data on the number of people of German and Jewish nationality who died as a result of the actions of Poles during World War II,” said Marta Zawada-Dybek, spokeswoman for the District Prosecutor’s Office in Katowice. “The issue of estimating the number of victims still remains in the sphere of research of historians and still raises a lot of controversy and polemic of researchers.”

The expert appointed by the prosecutor’s office, Piotr Gontarczyk of Poland’s Institute of National Remembrance, concluded that there is no credible historical research confirming that Poles killed more Jews than Germans during World War II. At the same time, it cannot be shown that such an opinion is untrue. Taking this into account, Gontarczyk said, Gross’ opinion “is within the limits of the scientific debate.”

In 2015, Gross wrote an article for Project Syndicate about the situation of refugees in Europe and the response in Eastern Europe. The article said that Poles killed more Jews than Germans during World War II. Gross also wrote that “Poles bravely fought against Germany during this period and can be proud of the excellent anti-Nazi underground.”

“One cannot be offended by the truth. What I wrote in these few sentences is the truth,” Gross said in April 2016 in an interview.