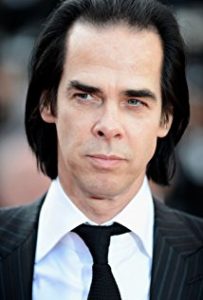 JERUSALEM (JTA) — Australian singer Nick Cave said he is performing in Israel to take a stand against BDS, the Boycott, Divestment, and Sanctions movement against Israel. Cave and his band, The Bad Seeds, played to a sold-out crowd Sunday night Nov. 18 in Tel Aviv — his first appearance on an Israeli stage in 20 years. His Monday night performance also sold out.

At a news conference ahead of his concert, Cave said he decided to schedule a performance in Israel after being asked to sign on to a list of artists who pledged not to perform there over its treatment of the Palestinians. He said he decided not to sign the list because something about it “stunk.”

“And then it occurred to me that I’m not signing the list, but I’m also not playing Israel, and that to me felt cowardly,” Cave said. “So after a lot of thought, a lot of consideration of the whole thing, I rang up my people and said, ‘We’re doing a European tour — add Israel,’ because it suddenly became very important to me to make a stand against those people who are trying to shut down musicians, to bully musicians, to censor musicians and to silence musicians.

“If you play Israel, you have to go through a sort of public humiliation from Roger Waters and Co., and no one wants to be publicly shamed. It’s the thing we fear the most, in a way, to be publicly humiliated.” Waters, the former Pink Floyd frontman, is a leading proponent of the BDS movement against Israel and has been active in urging fellow artists to boycott performing in the country.Cave said that in addition to it just being “easier” to forget about performing in Israel due to BDS, as well as the logistical difficulties and higher expense of arranging a concert, he first left Israel off the band’s itinerary after its 1997 album “The Boatman’s Call” did not sell well in the country.

However, he also recalled his first couple of tours in the country. “I felt a huge connection with Israel,” Cave said. “Not just people talk of loving a country, but I just felt on some sort of level a connection that couldn’t actually really describe.”