Celebrating with the Torah at B’nai Sholom 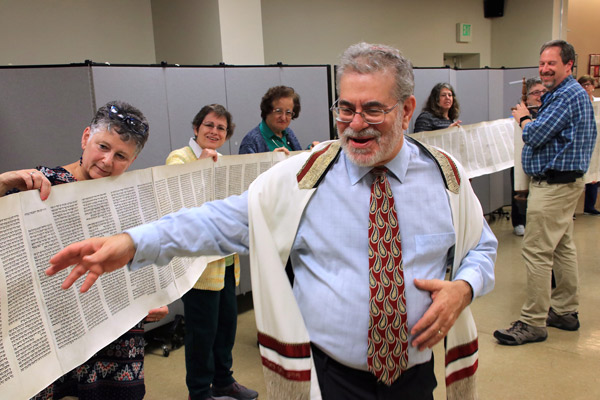 B’nai Sholom Reform Congregation in Albany celebrated Simchat Torah by unrolling the entire scroll around the synagogue Sunday, Sept. 30. The annual event, a 30-year tradition, enabled congregants to hold the Torah and see all of its 5,845 sentences at once. Rabbi Don Cashman, B’nai Sholom’s spiritual leader since 1985, identified and described each portion that was held.”The rabbi, at center, describes a portion and holding the Torah are from left, Melissa Putterman Hoffmann, Amy Sternstein, Rema Goldstein, Sandra Goldmeer, Deb Adler, Jeff Goldmeer, and Mimi Bruce. 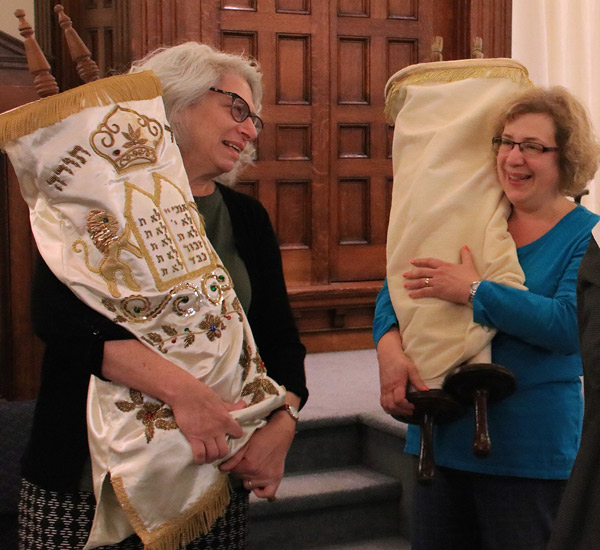