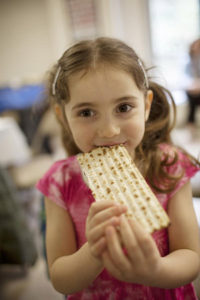 CLIFTON PARK–The Clifton Park Chabad has announced a variety of April programing.
The monthly Tot Shabbat has been set for Friday, April 5, at 6:15 p.m.

Passover will be featured at the “4D Kids Passover Experience” on Sunday, April 14, beginning at 10:30 a.m. at the Clifton Park Senior Center, 6 Clifton Common Blvd., Clifton Park. Simulated time travel, interactive 3D video, games, and team-challenges will be used to get the children in the mood for the Passover holiday.

Women’s Torah & Tea—Passover Edition is planned as a two part series, Wednesdays, April 17 and 24. It is a 10 a.m. Passover Torah study.