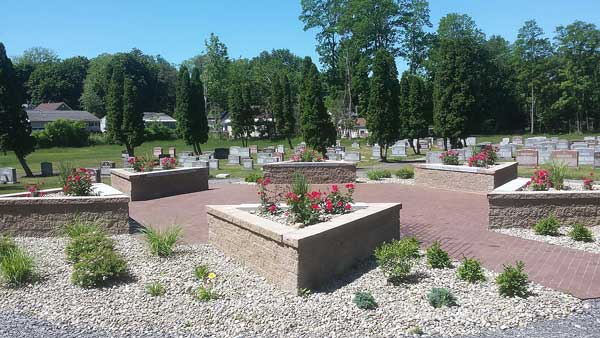 The Memorial Garden at the Agudat Achim cemetery.

SCHENECTADY– Congregation Agudat Achim celebrated the beautification and restoration of its Rotterdam cemetery on Sunday, June 16, by recognizing the donors who contributed to the fund–raising campaign that made the renovation possible. Rabbi Ted Lichtenfeld rededicated the cemetery in a ceremony attended by donors, and congregants including members of the committees responsible for the improvements.

This initiative started in 2013, when the board of trustees agreed to establish an ad hoc committee to renovate the cemetery, which was in a deplorable condition, according to congregation officials. The committee was charged to raise funds for the demolition of a chapel that was structurally unsafe, create a plan for the redesign and development of the space, and to raise funds for the execution of that plan.

The chapel, which had been built in the early 1900s to hold funerals at the cemetery, t was demolished later that year with the first contribution to the fund–raising campaign. Alex Hallenstein and Robert Feinberg  had coordinated the effort. 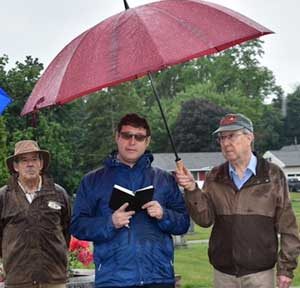 The ad hoc committee, known as the beautification and restoration committee, started to work on the other stipulations of its mission in August of 2013, with Don Steiner as chairman. Members of the committee, Ruth Fraster, Mery Gross, Alex Hallenstein, Anita Merims, Alice Rubenfeld, Lisa Sternlicht, and Sylvia Winer, worked together to meet its objectives. On Sept. 25, 2016, three years after the establishment of the ad hoc committee, Rabbi Ted Lichtenfeld dedicated Agudat Achim’s Memorial Garden, built on the space of the former chapel, in a ceremony attended by congregants, local rabbis, and Town of Rotterdam and county officials. The memorial garden was designed by Stracher Roth Gilmore Architects and built by Emco Construction.

The fund–raising initiative that had spearheaded the chapel’s demolition continued under the initial direction of Eric Moses. This effort was then passed on to the leadership of Mark Handelman and Jeffrey Handelman who with the assistance of Eileen Handelman raised over half a million dollars.

The preservation of the congregation’s cemetery is an ongoing effort, with other projects pending, according to congregation officials. 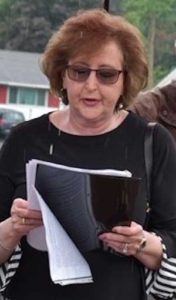