Few have done more to destroy public confidence in the pillars of American democracy than Sen. Mitch McConnell (R-Ken.). The Senate majority leader who prides himself on being an obstructionist, using all his legislative skills to block Barack Obama’s agenda make him “a one-term president.”  Obama won two elections but that only gave McConnell more opportunity to do damage.

Politicization of the judiciary is also an issue in Israel, where religious extremists and ultra-nationalists, with the help of Prime Minister Benjamin Netanyahu, have already gone a long way toward drastically tarnishing the face of Israeli democracy.

“Partisanship And Polarization.”
In Washington, McConnell and fellow Republicans have played a cynical and destructive partisan game.

Nothing may have been more egregious than what conservative columnist George F. Will called McConnell’s “profoundly anti-constitutional” and “shabby treatment” of the Supreme Court nomination of Judge Merrick Garland.

Washington Post columnist Fareed Zakaria called McConnell’s “refusal in 2016 to fulfill his constitutional obligation”  “the most egregious example” of “partisanship and polarization.”

When Republicans had a Senate majority and a Democratic president he blocked the court nomination, but with a Republican in the White House he changed the rules to ram through the nomination of a deeply flawed Brett Kavanaugh, shutting Democrats out of the process almost entirely. 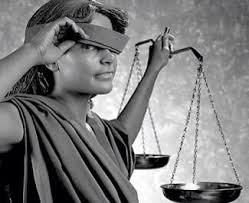 Chief Justice John Roberts must feel like the guy with the broom and shovel following those old elephants. It is his job to clean up after the mess they’ve left and repair the Court’s stature.

His Israeli opposite number, Supreme Court President Esther Hayut, may feel the same way. She has warned against “politicization of the judicial system,” which she feels threatens the judiciary’s independence. Her court is under assault from the nationalist and religious far right, which has the support of Prime Minister Netanyahu.

Hot Button Issues
Leading the campaign is Justice Minister Ayelet Shaked, warning the court not to overturn the controversial law declaring Israel the “nation-state of the Jewish people.” Critics in Israel and among some American Jewish organizations contend it makes non-Jewish Israelis second-class citizens. The Druze, who loyally serve the state, are particularly outraged.

As in the United States, immigration is a hot button issue for the right. Shaked and others on the right say the Supreme Court has been too sympathetic to Palestinian claims and discriminates against settlers. Shaked, a rising star on the right and contender to succeed Netanyahu when he leaves office, has vowed to “change the face of the Supreme Court” by limiting its “basic functions.”

A similar debate faces to U.S. Supreme Court and its newest member. One of the first cases Justice Kavanaugh will hear tests how much power courts should wield over top executive branch officials, according to Politico.

Looming large is the Mueller investigations of Russia’s role in the 2016 election, particularly possible collusion with the Trump campaign. The president has angrily dismissed the whole thing as a “witch hunt” but the special counsel as already indicted or gotten guilty pleas from 32 people — including four former Trump aides—and three companies.

Temperment, Suitability
There can be little doubt that Kavanaugh was nominated because of his stated belief that a president should be immune to criminal investigation, subpoena or prosecution. Trump, notorious for demanding personal loyalty (just ask Jim Comey), may already have discussed this with Kavanaugh.

Kavanaugh’s display of anger and partisanship, his lack of truthfulness under oath and his drinking habits raised questions about his temperament and suitability. He was confirmed by the closest vote in history, but the saga did not end there.

He blamed “left-wing opposition groups” and “the Clintons” for the opposition to his nomination. It is hard to believe he can rule impartially in cases of partisan politics given his anti-left tirades.

If Democrats win control of the House next month, the Judiciary Committee is likely to launch investigations into the new justice’s alleged sexual misconduct, possible perjury and his judicial temperament.

Rep. Jerrold Nadler, the Crown Heights yeshiva graduate from Brooklyn, is in line to be chairman of the Judiciary if the Democrats win. He has called the Senate confirmation hearings and FBI investigation a “whitewash.” He won’t talk about impeachment, but he will have the power to hold hearings and issue subpoenas on issues including White House influence in the last-minute FBI investigations of the nominee.

Possible witnesses that the FBI and Senate Judiciary Committee ignored in the Kavanaugh hearings are likely to have Nadler’s ear. Like three Yale classmate who said they felt “his frequent drunkenness” and lack of truthfulness in his testimony disqualified him from the court.

Decisions Tainted
The Supreme Court—picked by the president, serving for life and answerable to no one—is a critical pillar of our democratic system.

Kavanaugh will be tested early on. People will be watching to see whether he can be the “open-minded, independent” and “impartial” judge who believes in “the separation of power” as he promised in a last-minute Wall Street Journal op-ed.

Rep Jan Schakowsky (D-Illinois) tweeted  “Every Supreme Court decision Brett #Kavanaugh makes will be tainted with the indelible stain of the accusations against him and the tarnished process that confirmed him.”

Justice Elena Kagan, one of the four liberal justices on the court (three are Jewish), warned recently that a deeply divided court, as we now have, could threaten the court’s legitimacy at a time when “the rest of the political environment is so divided.”

Is Justice Blind?
Some Democrats are foolishly talking about enlarging the court to get more liberal justices, but that is folly. Just ask FDR.

Court-packing in Israel, however, is a real and dangerous possibility. The religious establishment has been demanding greater representation on the country’s supreme court. The increasingly repressive right-wing Netanyahu government is passing laws to stifle dissent and punish its critics.

Legislation barring critics is more likely to “enhance the tendency to boycott Israel, instead of mitigating it,” said Hebrew University Rector Barak Medina

Netanyahu has said, “Israel is an open society which welcomes all — critics and supporters alike,” but his actions suggest he doesn’t mean it.

Nancy Kaufman, head of the National Council of Jewish Women, was recently speaking of the Kavanaugh appointment, but she summed it up well for both countries: “We will now face a highly conservative court where women, survivors, and many other vulnerable people in our society can no longer look to the Supreme Court as their last hope for justice to prevail.”