Day Seven of self-imposed quarantine: Banking on the beer distributor 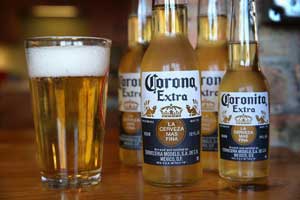 By CARIN M. SMILK
(JNS) – Let’s talk business, shall we? Let’s talk about how businesses are operating in the age of corona.

Beer distributors? My husband tells me that is an essential business; after all, it’s basically food and beverages. He’s not such a drinker, but recognizes that others are.

Now, that distinction was not so apparent at first to the nice man named Izzy who runs the nearby laundromat. He was ordered to close, but had somewhat of a beef with the local government officials, explaining (quite reasonably) that if the beer store down the street was open and folks were going to keep drinking, then they’ll need a place to wash their clothes and keep clean. Or an existing public-health crisis will be made all the worse.

(He told me this while the Jewish mother in me rewashed the items my college-age son brought back from his dorm.)

And then come the banks.

I got a check in the mail, a refund for a class trip my teenage son won’t be able to take next week. I walked the half-block to my bank, which over the years has changed names about five or six times (my account is actually grandfathered in, I’ve been there so long).

Today, I noticed a sign on the door that said “drive-through service only.”

That explained the long line of cars snaking their way to the outdoor service window. So I stood behind the last one, slowly inching forward as the passengers got their financial needs taken care of. Then one of the tellers I know by name came outside and kindly told me that I couldn’t stand in line because it was too dangerous. A car could hit me.

I must have given her a look (at that point, we were both standing in line near the potentially errant autos). “If you have your debit card, I’ll show you how to deposit the check,” she said cheerfully.

She blinked. “Oh, well, then just come back and drive up to the window.”

At this point, I had moved ahead two spots and was almost next.

And then came the big reveal—one that only my family and closest friends know.

(Living in New York in my 20s, and then Boston and Philadelphia in my 30s, I kind of skipped that stage … )

That about floored her.

Out of sympathy, I told her fine, OK, I’ll come back the next day driven by someone else. That someone will be my brother, who lives four towns away and being a teacher, is on leave right now, while my husband has meetings all day long from home. He will pick me up and we’ll drive the half-block over to the same window in the same spot with the same check to the same teller to make my deposit.

And then we’ll visit the beer distributor.

Carin M. Smilk is the managing editor of JNS.

White supremacist disrupts deputy anti-Semitism envoy during webinar for Jewish teens
I chose a boy over Passover. Surprisingly it brought me closer to Judaism.