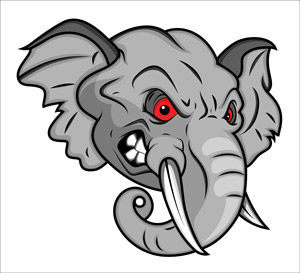 Is revenge planned? Photo courtesy of Can Stock Photo

DC Report
By Douglas Bloomfield
Note to Democrats: Forget Mueller and his report. Here are a dozen or so other investigations going on by several states, federal prosecutors and the Congress, and they’ll have a lot more to say. Meanwhile, let the president take his victory laps, even if he misrepresents Mueller’s finding.

Thirty-four people have been indicted by Mueller, including seven Trump aides and advisors who already are in jail, have been there, or on their way. All your handwringing, disappointment and pontificating isn’t likely to change anything. Most important, while it may consume all of us inside the Capital Beltway and the talking heads on cable tv, the rest of the country has a lot more on its minds, and you should be focusing on that, not Trump

Trump Is Trump
For starters, voters across the board know this least prepared and most incompetent president in history is a man whose low moral character is replaced with his high self-esteem. He is a pathological liar, narcissist, racist, misogynist, authoritarian and nativist. The Mueller report didn’t change or challenge any of that.

Mueller’s findings, if we ever get to see more than Attorney General Bill Barr’s brief summary, won’t change the minds of his base, who I divide into two groups: the donors and Pencers.

The donors want Trump to cut their taxes and adopt laissez faire policies that will let them do business as they please.  Moral character isn’t on their list. All else is commentary. An uber driver summed it up well on a recent airport trip, “I don’t care what he says and does as long as he keeps putting money in my pocket.”

The Pence crowd feels much the same and more.  So what if he’s an adulterer, a bigot and a crook so long as he votes the way I want on guns, god and gays. Stop abortions, stop immigration and stop “undesirables” from voting.

Over on the other side of the great divide are those who need no convincing to vote against Trump, having made up their minds long ago.

Swing Voters
That leaves the swing voters, about 10 percent of Americans, who decide elections. What’s on their minds? More importantly, can the Democrats craft a message that will get them to the polls to drain this particularly murky swamp?

Listen to the reporters and crowds following the 2020 presidential wannabes and you won’t hear much about Trump. Some, but not much. They thought he was corrupt before Mueller and haven’t changed their minds.

The Washington Post reported that a poll it did jointly with ABC News found that “only 5 percent of registered voters said they had no opinion about the president. A whopping 77 percent expressed strong opinions, on either side.”

A wild card could be if Trump uses Mueller’s “exoneration” [at least as far as conspiracy with the Russians] to justify pardoning some of his followers to keep them out of jail.

Jewish Voters
The Jews are a special voter category. About 20 percent like Trump not only for the conservative politics listed above but also for his policy toward Israel.  No less than the prime minister of Israel this week declared “Israel has never had a better friend than you.” Netanyahu even kissed “my dear friend Donald” on the cheek and praised his “incredible support” for Israel”

The other 75-80 percent of Jews will vote Democratic anyway. They abhor Trump’s domestic policies, fear his authoritarian inclinations and resent his trying to make them a wedge issue by declaring that Democrats “hate Jews” and “hate Israel.”

Many are not that enamored of Netanyahu’s tight embrace of this president and the prime minister’s far right leadership that has created a wide schism between American Jews and Israel.

Prior to his nomination, Barr sent Trump a 19-page memo opposing the Mueller investigation stating there was no case for obstruction against the president long before he ever saw any of special counsel’s evidence. Mueller made no determination on whether the president had obstructed justice, leaving it to Barr. The attorney general, just two days after receiving the results of the two-year investigation, came to the same conclusion he had before he read the report and announced he would not charge the president with obstruction.

Trump Benefits From Time
The full report or whatever Barr chooses to release may not be so exculpatory as the attorney general’s four-page summary. The longer he delays release the more time he gives Trump to sell his view of “total exoneration.”

With that victory Trump claimed —inaccurately — total exoneration and immediately launched a campaign of revenge and retaliation to delegitimize congressional and media proponents of the Mueller investigation in the hopes of energizing his base and getting swing voters.

“Double, Double, Boil And Bubble”
“There are a lot of people out there that have done some very, very evil things, very bad things — I would say treasonous things against our country,” Trump declared.

If you thought Nixon had a long enemies list, you ain’t seen nothing yet. Trump has his own cable network and Fox is already stirring the pot. The Trump campaign quickly began circulating its list of enemies and lists of television hosts and producers to keep off the air.

To get the cauldron bubbling, Senate Judiciary Committee Chairman Lindsey Graham (R-SC), announced Monday, March 25, that he wants to reopen old investigations of Hillary Clinton’s e-mails (strangely, he said nothing about the similar use of private e-mails for official business by Jared Kushner and Ivanka Trump). He also wants to look into the Justice Department and FBI 2016 investigations of the Trump campaign and the origins of the Mueller probe.

Get ready for a real witch hunt.

Holocaust survivor’s son to discuss his father’s life at Colonie library
Elder Financial Abuse: Are You a Target?