DC Report: Are U.S. Jews and Israel at a crossroads?

Most politicians run for high office because, as John F. Kennedy said in 1960, that’s where the power is.

After four consecutive terms as prime minister, Benjamin Netanyahu has known power longer than any of his predecessors. What motivated him to run this time, in the eyes of many Israelis and foreign observers, was less about staying in power than staying out of prison.

Hondling Votes
The only certainty in this election seems to be weeks of hondling while “winners” buy and sell their votes for pieces of power. That process, which inevitably will propel factions offensive to a majority of American Jews into key government positions, can only widen the growing chasm separating American Jews from the Jewish state. That, in turn, will inevitably affect Israel’s political standing in this country.

Netanyahu and his ultra-Orthodox partners won 52 of the 61mandates needed to form a government. The right-center-left anti-Netanyahu block has 57 seats, with the remainder held by the four-seat United Arab List and seven-seat right-wing religious Yamina Party, which — so far —refuses to serve in any government supported by an Arab party.

In negotiations for places in his government, Netanyahu, who is on trial on charges of bribery, fraud and breach trust, reportedly seeking commitments from prospective partners to enact the so-called “French law,” giving him retroactive immunity from prosecution while in office. He also is said to be looking for an attorney general who would quash all charges permanently.

Netanyahu refuses to follow the example of Ehud Olmert, and resign when charged with corruption.

Transactional, Not Ideological?
In his desperate effort to hold on to power, Netanyahu has enlisted the support of some of Israel’s most vile racist and homophobic politicians. 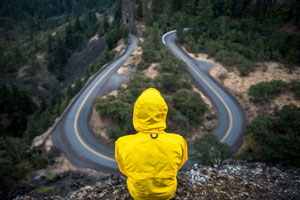 This election, like America’s in 2020, was a referendum on a charismatic and corrupt incumbent. Like his friend former President Donald Trump, Netanyahu is transactional, not ideological. Seemingly, like Trump, his main mission is keeping out of jail. Neither is a man of strong religious or ideological convictions, and both have shown a willingness to bow to the demands of religious extremists in return for their financial and electoral support. Neither really believes in anything but himself and retaining power.

In Israel, the low Arab turnout and the high Haredi, or ultra-religious, showing were significant developments in this fourth election in two years. The former reflects disillusionment with the inability of Arab politicians to deliver and the feeling that promises to Arabs by Jewish parties are quickly forgotten once the polls close.

Alienation Of U.S. Jews
The disproportionate influence of the ultra-Orthodox and ultra-nationalist parties has been central to Netanyahu’s power while at the same time a significant factor in driving deeper wedge between Israel and American Jewry and supporters in the Democratic Party.

That will only get worse if Netanyahu succeeds in forming a government and brings in the six-seat “Religious Zionism” group and gives ministries and key Knesset committee chairpersons to its members. It is led by Bezalel Smotrich, a self-described “proud homophobe” who advocates segregated maternity wards for Arabs and Jews, the anti-LGBTQ Noam Party and Itamar Ben-Gvir, an admirer of the mass murderer Baruch Goldstein and leader of Otzma Yehudit, the heirs of the racist Meir Kahane.

Broken Promises
Most non-Orthodox American Jews will be further alienated by an Israel dominated by extremists who will use their growing political clout to advance their goal of delegitimizing the Reform and Conservative Movements of Judaism. All they’ll get from Netanyahu, who claims to represent all Jews, is more empty platitudes and broken promises.

It’s that reputation for untrustworthiness that helps explain why many leaders of the anti-Netanyahu parties were once close allies who ultimately broke with him, including Gideon Saar, Avigdor Lieberman and Naftali Bennett.

Israelis have been moving to the right in recent years, which means away from most American Jews and Democratic supporters. Tamar Hermann of the Israel Democracy Institute maintains 60 percent of Israelis define themselves as being on the right to far right, 24 percent in the center and the rest to the left.

Democratic Party Interests
An Israeli government ranging from far right to extreme right will only further the estrangement of most American Jews and the Democratic party, which currently controls the White House and the Congress.

The Middle East no longer has the same priority as in previous administrations, and U.S. foreign policy is pivoting toward Asia and the growing Chinese threat.

President Joe Biden came to office knowing Israel and foreign policy better than any of his predecessors.  He wants to protect a close U.S.-Israel alliance while also repairing relations with the Palestinians broken by Trump. He has, however, put the Israeli-Palestinian conflict on the back burner, particularly since neither side has leaders interested in making peace.

Israel could have greater problem with its traditional Democrat-Jewish base than with Biden.

The disproportionate influence of religious extremists who demand control of Israeli life from conception to the hereafter —influence that is certain to expand once again if Netanyahu retains his hold on power—has alienated many of Israel’s supporters and is responsible for the reality that American Jews have far more rights to practice their religion as they see fit than their Israeli coreligionists.

As Jews feel increasingly estranged they will stop demanding pro-Israel position papers from political candidates, lobbying for new benefits and demanding fealty. Israel already is no longer a high priority for Jewish voters, and that trend is certain to accelerate if Netanyahu succeeds in forming the most extreme Israeli government ever.

The common platitude is that all politics is local. But Netanyahu’s approach to local politics —seeking alliances with a host of extremists seen as beyond the pale by American Jews— will almost certainly have a huge impact on the critical role Jews here play as the foundation of a once-broad-based pro-Israel movement.