DC Report
By Douglas Bloomfield
Many of the lights that will be lit on Chanukah in Jewish homes a year from now will be yahrzeit candles. This was a most unhappy Chanukah, marked by almost daily incidents of anti-Semitic violence, most notably in New York City, commonly targeting Orthodox Jews.

Self-Serving Bombast
Politicians of right and left condemned the attacks. Some reacted quickly. Others, like Donald Trump and Israeli Prime Minister Benjamin Netanyahu, waited until the next day to issue brief statements of sympathy.

Still others looked at tragedy and saw opportunity. One Israeli politician, Avigdor Lieberman, said Jews should pack up and go to Israel. Some warned of similarities to Germany in the early 1930s.

Sadly—and predictably — the spate of anti-Semitic attacks and the rising tide of Jew-hating rhetoric has produced more cheap rhetoric and self-serving bombast than real answers to a complex problem.

Anti-Semitic incidents have spiked since Trump’s election, according to the Anti-Defamation League, nearly doubling since 2015. In New York City they are up 21 percent over a year ago; nationwide there were 1,879 incidents in 2018. Jews were victims in nearly 60 percent of attacks on people because of their religion during that year, according to the FBI.

Check your mailboxes during the coming days. You’ll be getting pleas for money, many citing these statistics.  I got three in the first two days since the tragedy in Monsey, from the Simon Wiesenthal Center alone.  “Our work…is more vital than ever,” said one. Another called on the president to instruct the FBI to create a special task force to deal with the problem. 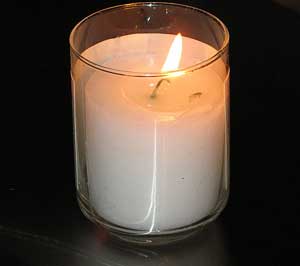 shouting in all caps, “DOUBLE YOUR GIFT.”

Israeli journalist Elliot Jager excoriated Yad Vashem, Israel’s Holocaust memorial, for sending out a “donate now” appeal. “Holocaust education has intrinsic value but marketing it as an antidote to anti-Semitism?” he tweeted. The U.S. Holocaust Memorial Museum had a similar appeal.

Leadership Needed
Trump’s 43-word tweet the next afternoon is revealing for several reasons. Its brevity and boilerplate language contrast with the intensity of the hundreds of tweets he’s been blasting out in the past couple weeks, most of them raging with hate, anger and lies.

If Trump wants to learn how to handle the issue, he should watch the You Tube video of Prime Minister Boris Johnson’s Chanukah message to British Jews. Whatever you may think of his politics, he was articulate, compassionate, dignified and respectful.

Does no one at the White House have the courage to tell President Trump to his face that his rage only nurtures the atmosphere that produces anti-Semitic incidents in Monsey as well as other hate crimes, including the one 14 hours later in White Settlement, Texas, Sunday morning, when a gunman stood up in church and began shooting? He was taken down in six seconds by an armed security guard.

Trump did not fire the shotgun in that church or spray bullets in the Tree of Life Synagogue, wield the machete in Monsey or run down people with his car because of their race, but he bears some responsibility.

Neither the right nor the left has a monopoly on hate crimes despite each side’s propensity for finger pointing and denial. But the statistics point in a clear direction.

A study by the ADL found right wing extremists were responsible for “all [50] documented killings” in the United States in 2018 by extremists, including 11 at the Tree of Life. The Southern Poverty Law Center said there has been a significant growth in hate groups “roughly coinciding” with Trump’s campaigns and presidency.

The Republican Jewish Coalition sprung to the president’s defense, calling the Democrats “absolutely deranged” to blame Trump and not caring about Jews being attacked. The group, however, apparently did not object to his telling a Jewish audience in Florida with former real estate business colleagues in Florida, “I know you very well. You’re brutal killers, not nice people at all.”

Listening to politicians at all levels, in both parties and across the spectrum, condemn the attacks and promise action to combat the scourge, I am reminded of all the outrage and promises following violent incidents, mostly shootings, at schools, places of worship and shopping malls. 2019 had a record number of those incidents – 423, not including the past week—leaving at least 1,604 wounded and 466 dead, according to Gun Violence Archive, a non-profit research group.

The weapon isn’t really the issue. It’s the hate that wields it. Condemnations of the latest crime came from two bipartisan Congressional Caucuses, one on Black-Jewish Relations and the other on Combatting Anti-Semitism. Don’t look for more than press releases and toothless resolutions.

Lauder Initiative
One person who has an opportunity to produce more than hand wringing is Ronald Lauder, the philanthropist and president of the World Jewish Congress. He recently announced that he is putting up $25 million of his own money for the creation of the Anti-Semitism Accountability Project (ASAP) to wage an “aggressive political campaign” to expose candidates of all parties at all levels “who traffic in hatred against Jews.”

The success or failure of his venture will ride on whether as a longtime major Republican donor and Trump backer, he will have the courage to speak truth to — and about—power, starting with his fellow New York billionaire.

ASAP can’t simply go for the low-hanging fruit like Iowa Republican Rep. Steve King or freshman Rep. Ilhan Omar (D-Michigan). A president has the power, more than anyone, to set the tone for the nation’s political discourse. Lauder’s venture will rise and fall on its honesty in the presidential campaign.

A Chasid’s response to the Monsey attacks; Nuanced debate about what comes next.
Jews in America to be topic of Lunch and Learn series