DC Report: Is Trump helping the Saudis go nuclear? Is it a threat to Israel? 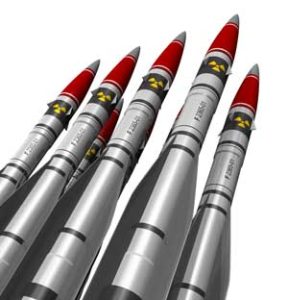 DC Report
By Douglas Bloomfield
President Donald Trump recently took another step toward bringing Saudi Arabia in to the nuclear club. While Israeli-Saudi ties have warmed in recent years, helping the desert kingdom—with its ongoing support for the most extreme Islamic radicals in the world — its going nuclear can hardly be good for the Jewish state.

Secret negotiations with the Department of Energy over many months have led Washington to “transfer highly sensitive United States nuclear technology, a potential violation of federal law,” to Saudi Arabia, according to House Oversight Committee sources cited by the Washington Post.

Sen. Tim Kaine (D-VA) has revealed that at least two transfers were approved twice since the assassination of Washington Post journalist Jamal Khashoggi.

Suspicious Statements
The Saudis say they want to begin building their own nuclear power plants with their own enriched uranium even though it could be purchased elsewhere more cheaply. That raises suspicion that their real goal isn’t producing electricity. By enriching their own uranium, they could begin diverting it to highly enriched weapons grade, especially if they bar international inspectors, as they’ve insisted on doing.

Given its record of obeisance to Saudi demands for top technology and weapons, it is unlikely the Trump administration would object, but instead continue helping conceal the kingdom’s plans.

Keeping Up With Iran
Crown Prince Muhammad bin Sultan (MBS), the de facto ruler, has said the kingdom would build nuclear weapons if the Iranians did. He may have taken encouragement from a speech in the UAE last month by Trump’s national security advisor, John Bolton.

The Iranians are threatening to leave nuclear pact with the major powers (the Joint Comprehensive Plan of Action) in the wake of the Trump administration’s unilateral exit last year and imposition of sanctions to tighten the economic screws on Tehran.

There’s “no reason” for Iran to walk away from JCPOA “unless it is to reduce the breakout time to nuclear weapons,” said Bolton, a decades-long advocate of regime change in Iran. Bolton offered no evidence to back his claim.

Other Places To Shop?
That should give MBS the rationale he seeks to develop his version of the Islamic bomb.

When he turns to Trump for help, he will remind the president that if America won’t sell it to him there are others who will. Trump is a sucker for that pitch.

North Korea would be a good place to go shopping since they tried helping Syria build nukes until the Israeli Air Force vetoed the plan, something it had done earlier in Iraq.  Then there’s Pakistan, which is believed to have built its own nuclear weapons stockpile with Saudi financial help.

What The President Wants…
There might be some resistance on Capitol Hill, where Saudi support is low and sinking, but Trump has shown himself more responsive to the wishes of the Saudis than the U.S. Congress. Republicans like Sen. Lindsey Graham (R-SC) may moan and groan and make threatening sounds toward Riyadh, but he and majority leader Mitch McConnell are Trump’s poodles and will make sure the president gets what he wants.

All administrations, Republican and Democratic, have indulged the Saudi appetite for top technology and weapons. They’ve been driven by pressure from industry and its friends at Pentagon to sell, sell, sell, and an inexplicable attitude that we need the Saudis far more than they need us. Trump has just raised it to a new level.

Most alarming is the administration’s approval for the transfer of highly sensitive weapons technology and equipment to Saudi Arabia so the kingdom can produce electronic guidance systems for Paveway precision-guided bombs, according to congressional sources cited by the New York Times. The administration has assured Congress that it is confident in the Saudi ability to protect the technology, that the need is urgent and it won’t alter the balance of power in the region, which is exactly what it is intended to do.

Look for Trump to justify massive sales to the Saudis and UAE as also helping protect Israel from Iran. Historically all administrations have justified arms sales around the Middle East as harmless to Israel’s qualitative military edge. They aren’t. Especially when the U.S. is selling the Arabs the same planes, missiles and technology it sells Israel.

A Favorite Cash Cow
Trump values his oil rich customer so much that he has rejected the findings of his own CIA that MBS was complicit in the Khashoggi murder.

Saudi Arabia is the Pentagon’s favorite cash cow. Arms sales are a lucrative business for DoD, which charges commissions and other fees and gets economies of scale for its own purchases while selling off old inventory to help pay for replacements. Military attaches around the world are top salesmen for the defense contractors as they lay the groundwork for post-uniform careers. Then there are the former (and possibly future) defense industry executives at the highest levels of the Pentagon, starting with the secretary of defense.

Sen. Chris Murphy (D-Conn.) said the administration “has effectively given a blank check to the Saudis — turning a blind eye to the brutal murder of Jamal Khashoggi and allowing their ballistic missile program to expand.”

What’s Next?
CNN reported recently that American intelligence believes Beijing is helping enhance the Saudi kingdom’s strategic missile program. In the 1980s it secretly bought Chinese DF-3 missiles and based them within range of Israel. It bought more advanced missiles in 2007 with the approval of the George W. Bush administration. Unconfirmed published reports suggest they also bought other missiles from Pakistan, which produces a version of the North Korean Nodong missile.

If the Saudis decide to pursue nuclear weapons, they can turn to Trump’s “dear friend” Kim Jung Un, whose cash-strapped regime has developed its own and the missiles to deliver them.

With President Trump looking for business that will create jobs he can claim credit for, and with John Bolton rattling sabers and B-52s and calling for regime change in Iran, can Saudi Arabia be knocking on an open door of the nuclear club?

He’s on our side!
Colonie Chai slates celebration of Torah saved from Gomel, Belarus