DC Report: Three obstacles to peace: Will the great dealmaker follow through?

DC Report
By Douglas Bloomfield
On the eve of the 50th anniversary of the Six-Day War, Mahmoud Abbas will be going to the White House (next week) seeking help in getting Israel to leave the territory so Palestinians can establish a state of their own. President Donald Trump has vowed to use his ego-laden reputation as a deal maker to helping Palestinians realize their dream.

Doomed Goal?
It won’t work. For three very good reasons: Benjamin Netanyahu doesn’t want it, Abbas can’t deliver and Trump will find the job is a lot tougher than he imagined.

Despite these obstacles, the situation is not entirely hopeless. Trump can’t get a peace deal as long as Netanyahu and Abbas are in power because neither has the political power or the personal courage to make historic decisions. But Trump can begin to turn around their long retreat and put both sides back on the track for a new generation of leaders who can rebuild lost trust and start taking serious steps.

Is There A Plan?
The president’s plan to make Arab-Israeli peace reminds me of Richard Nixon’s secret [i.e., non-existent] plan to end the Viet Nam war. Trump says he likes to keep everyone guessing about his intentions, that he wants to be unpredictable, but what he’s really telling us is that he is clueless. He has no plan. Evidence of that can be seen in his decision to put his unqualified, inexperienced son-in-law and his real estate lawyer in charge.

If Trump decides to get serious, he will need help on the heavy lifting from Jordan and Egypt, and that could be difficult if he goes ahead with plans to make deep cuts (21 percent and 47 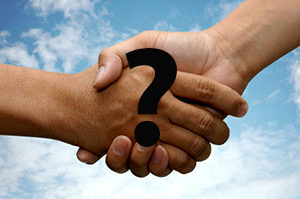 percent respectively) in their U.S. aid, as reported by Foreign Policy. Congress is likely to object to such cuts for such important allies, as is Israel, and that is good news. Trump has been doing a good job repairing U.S. relations in the secular Sunni Arab world, and he will need their help if he wants to launch a peace process. Slashing aid is a dumb move.

Abbas has said he is ready to resume negotiations under Trump’s auspices, and that may have Netanyahu worried.

Trump Turn-Around
The Israeli prime minister, and much of the Israeli right and its American supporters, thought Trump’s election meant a green light on settlements, a red light on Palestinian statehood and moving trucks lining up to haul the U.S. embassy to Jerusalem. Instead, Trump is leaving the embassy in Tel Aviv, telling Netanyahu to “hold back on settlements” and making noises about being a peacemaker.

After last year’s U.S. election Netanyahu finally confessed what everyone knew:  he never really believed in the two-state solution. The most—and maybe in the distant future—he’d be willing to accept would be a “state-minus,” not a full-fledged sovereign Palestine.

He knows that’s a non-starter with the Palestinians, and he’d hoped Trump would go along.

Trump initially seemed ambivalent, but he soon made it clear he supported two states.  Without that he would have no chance of getting Abbas to the table and it would likely harm his effort to repair relations with the moderate Arabs for the fight against ISIS.

The 81-year-old Abbas, now in the 12th year of a four-year term, is also coming to Washington to establish his own relevance as a younger generation jockeys to succeed him. The Palestinian leadership faces a “severe legitimacy deficit” due to its failure to deliver peace as well as its history of corruption, repression and poor governance, said Ghaith al-Omari, a former PA advisor now with the Washington Institute.

Abbas’s visit will disabuse the Israeli right that it has carte blanche to build settlements and annex the West Bank. Abbas is likely to succeed in putting the brakes on Trump’s promise to relocate the U.S. embassy, explaining, as Jordan’s King Abdullah II did, that it would do much damage to American interests in the region. Abdullah’s influence will become apparent at the end of the month when Trump is expected to follow the example of his three predecessors and sign a six-month waiver postponing the relocation.

Worries For Netanyahu
Netanyahu has been heating up his anti-Palestinian rhetoric in advance of Abbas’s Oval Office visit.  He has gone on Fox News, Trump’s favorite, to accuse the Palestinians of following a “doctrine of death.”

He wants Trump to tell Abbas that if he wants good relations with Washington he needs to stop making heroes of terrorists. Stop naming streets, schools and parks for those who murder Israelis, and quit giving financial support to the families of those imprisoned or killed for wounding or killing Israelis.

Resurrecting the peace process is not Topic A on Netanyahu’s mind right now; he has more important problems at home.  The scandal-plagued prime minister is fighting off charges of corruption, including a threat to indict his wife. He has been talking about calling early elections, which could deflect public attention from the prosecutors and any talk of peace talks until Trump loses interest.

The last elections were just two years ago and are remembered for Netanyahu’s promise to Israeli voters that there would never be a Palestinian state on his watch, and he urged them to rush to the polls because Arabs were voting in “droves.”

Abbas, like Netanyahu, can be his own worst enemy. He has demanded an official British apology and compensation for the 1917 Balfour Declaration, saying Britain had no “right authority or consent” to give the land to the Jews. He has talked about bringing war crimes charges against Israel in the World Court, and has threatened to end security cooperation with Israel and even disband the Palestinian Authority.

These two may present Donald Trump with the greatest deal making challenge of his life.  If he doesn’t quickly lose interest and walk away from it.