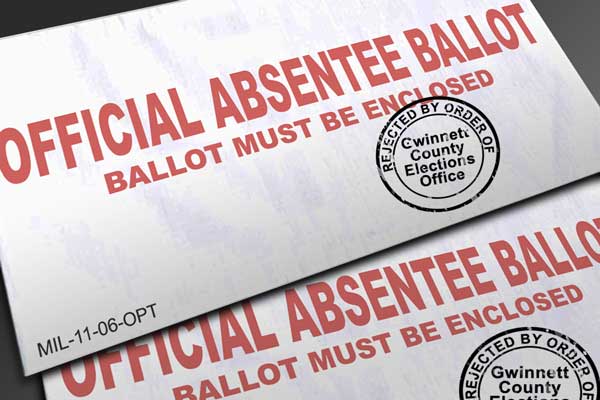 DC Report
By Douglas Bloomfield
If you can’t beat ’em, don’t let them vote. President Donald Trump made clear recently that voter suppression may be at the heart of his 2020 strategy. He is worried that by making it easier for Americans to cast their ballots, as with mail-in voting, “you’d never have a Republican elected in this country again,” he told Fox News.

McConnell Sees “Power Grab”
That’s one of several electoral reforms Democrats in Congress have been pressing only to be consistently blocked by the White House and Senate Majority Leader Mitch McConnell. The Kentucky senator, who boasts of being an obstructionist, called the reforms, including making Election Day a national holiday, “a power grab” by the Democrats.

Voting by mail, an increasingly popular practice in many states, including several led by Republicans, is one of many reforms that take on an added urgency in this era of a pandemic, social distancing and other

Republicans don’t have a monopoly on voter suppression—but today they’ve taken ownership thanks primarily to GOP-led legislatures and statehouses.

David Ralston, the Republican speaker of the Georgia legislature, said voting by mail is “not acceptable” because “This will be extremely devastating to Republicans and conservatives in Georgia… This will certainly drive up turnout.” He knows that most black voters in his state are Democrats, and many are poor and rural.

Trump told Fox that he also opposes vote-by-mail, same-day registration and other “crazy” measures advocated by Democrats. In a fund-raising letter he accused Democrats of “trying to steal the election out from under me.” Ironically he accused the opposition of using a Republican tactic that got a GOP operative indicted for felony ballot tampering and forced a re-run of the 2018 election in North Carolina’s 9th congressional district.

Everyone should vote in person and “with voter ID,” and those who oppose it do so because “they intend to cheat,” Trump declared. He admitted that he, most of his family and Cabinet, do vote by mail, which says more about him that the rest of the electorate.

Some states demand proof of citizenship, which is seen as intimidating by foreign-born citizens, creating fear of deportation in this xenophobic era.

The Commonwealth of Virginia just did away with voter photo ID laws, saying they disenfranchise individuals who may not have access to photo identification and disproportionately impact low-income individuals, racial and ethnic minorities, the elderly and those with disabilities. Those are just the kind of folks ID laws and other requirements were intended to exclude.

Kate Brown, the Democratic governor of Oregon, which has conducted statewide elections entirely by mail since 1998, said election costs are lower, turnout higher and fraud “virtually nonexistent.”  As for Trump, “He doesn’t know what he’s talking about.”

It’s easy to see why Trump doesn’t want to make voting easier. Too many people might show up. He knows he lost the popular vote to Hillary Clinton by 2.9 million votes, and he knows that he was lying when he said all those votes came from illegal aliens. He is still grousing about that, proving he’s not only a sore loser, he is also a sore winner.

Trump’s long running complaints about voter fraud are more lies. Voter fraud is virtually non-existent in this country. He set up a commission to investigate the “crime” when he came to office; it produced nothing but empty rhetoric and went out of business in a few months.

Voter suppression, which is what Trump and Republicans are really pushing, is a real threat.

Evidence?
Trump says vote-by-mail is unsafe, easily fraudulent and “doesn’t work out well for Republicans.” In reality Washington and several other states, red and blue, have been doing it for years with great success and safety.

Impartial experts like the Center for Election Innovation and Research say fraud is rare in mail-in voting. But Trump, offering no evidence to back up his charges, said, “Mail ballots are very dangerous for this country because of cheaters. They go collect them. They are fraudulent in many cases.”

Factcheck.org, an independent watchdog, called Trump’s allegations about mail in voting “false and exaggerated” with “no evidence” to back them up.

Trump has another, potentially dangerous motive in his assault on reforms like mail-in voting. It was on full display during the GOP primaries and later the general election four years ago when he declared that if he didn’t win it would be because the vote was “rigged.” You can bet he will try it again this year. Some folks worry that if he does lose in November he may refuse to leave and declare the vote fraudulent. His likely opponent, former vice president Joe Biden, has suggested that Trump may look for an excuse, like the pandemic, to delay the election.

Every voter has to ask himself and herself who it is that wants to make it tougher for them to vote. Then go out and vote for the other guy.