DC Report
By Douglas Bloomfield
Chanukah started early for Bibi Netanyahu with a big gift from his pal Donald Trump. Then another one came from Mahmoud Abbas. Lighting their candles from opposite ends of the chanukiah, the pair extinguished any prospects for serious peace negotiations in the foreseeable future.

The American president’s gift was recognition or Jerusalem as Israel’s capital and his decision to move the U.S. embassy there from Tel Aviv. Candidate Trump had said that he wanted to give negotiations a chance before relocating the embassy, but he apparently changed his mind and prematurely inserted the highly emotional —but not insolvable—final status issue before any peace talks could even begin.

Someone To Blame
Abbas’ present was declaring the United States unacceptable as the intermediary in any negotiations, effectively walking away from a peace process that barely existed.

Since there is no other country capable of playing that role, the Palestinian leader effectively quashed Trump’s desire to negotiate the peace “deal of the century.”

The PA leader also had a Christmas gift for Trump (who seems to think he invented the phrase Merry Christmas): someone to blame for the inevitable failure of his son-in-law’s much vaunted peace initiative.

This was the Chanukah miracle Netanyahu dreamed of, and as a bonus he wasn’t indicted for corruption.

Abbas, in a Christmas letter to Christians, declared Palestinians would not accept any peace plan offered by the Trump administration because of its Jerusalem policy. He called on France, Russia, China and Europe to step in because the United States is “no longer an honest mediator in the peace process.”

Dismissing Washington as mediator “doesn’t mean Abbas ever was a valid partner; he has done everything in his power to avoid returning to the negotiating table, and Netanyahu and Trump 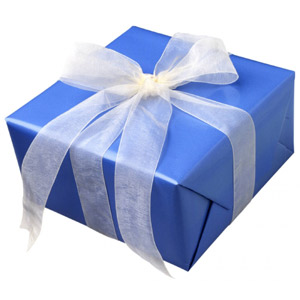 have played right into his hands,” a retired senior Israeli diplomat told me.

At Sunday’s cabinet meeting, a gloating Netanyahu accused Abbas of “abandoning the peace process,” proving the “Palestinians are the ones who do not want to solve the conflict.” It takes one avoider to know one. The prime minister and the PLO leader talk endlessly about peace, just not with each other and definitely not with their political bases. Netanyahu is just far better than Abbas when it comes to saying yes when he really means no.

A Bid To Russia
Abbas sent an emissary to Moscow recently —this apparently to convince Russia to fill the American seat at the table. It won’t work, said the former Israeli diplomat.  Russian President Vladimir Putin “is probably smart enough to know where not to get involved.”

Notwithstanding Netanyahu’s good relations with Putin, he would  be the first to reject as mediator the principle patron of Israel’s most lethal enemies, Syria, Iran and Hezbollah.

The truth is that the U.S. is the only credible mediator—not because it is neutral, which it isn’t, but because of its unique relationship with Israel.

Angry rhetoric aside, Abbas needs the U.S., which alone has Israel’s trust and confidence.

Reality Of The Situation
It is worth pointing here that while 128 UN members last week condemned Trump’s recognition of Jerusalem as Israel’s capital, the truth is nearly all do it. When Sadat went to Israel in 1977, he went to Jerusalem, the seat of the Israeli government. When popes, presidents and royalty visit Israel, they go to Jerusalem.  As do their diplomats posted to the Jewish state.  Their embassies may be in Tel Aviv, but they conduct their business in Jerusalem.

What Trump did wasn’t really a game changer. He said that the U.S. recognizes Jerusalem as Israel’s capital, but he drew no lines that would preclude partitioning the city to be the capital of two states. He also announced plans to relocate the U.S. embassy, but instead of doing it immediately, a simple process of moving the sign on the American consulate on Agron Street in West Jerusalem, he put the move off for several years.

What’s In It For Trump?
Trump blundered in his Jerusalem announcements because he showed he is not the master negotiator he brags that he is and because he demonstrated that his approach to the Middle East will be ruled solely by political expediency. His main interest may have been delivering on a promise to the evangelicals and wealthy Jewish contributors and avoiding signing another embassy relocation waiver, but he gave the prize away free. He got nothing in return from Netanyahu in terms of advancing America’s interest in furthering the peace process nor did he do anything to assure the Palestinians he wasn’t abandoning them.

America makes no pretense of neutrality; its unique qualification is as Israel’s most trusted and important ally. No other country can. Israel sees peace as fraught with danger and is not likely to take big risks without confidence in the full backing of its best friend. No other country could or would offer Israel the essential security guarantees if it is to make peace with its neighbors.

The U.S. is the only country with significant influence on both sides of the conflict. The Arabs know Washington may be close to Israel, but that it also values highly its relations with the Arab world. It was U.S. recognition that gave the PLO the legitimacy to begin negotiations with Israel for Palestinian statehood.

If Abbas says there is no role for Washington in mediating Israeli-Palestinian negotiations he is saying he is not serious about making peace. And Trump, with his ill-timed, politically motivated move on Jerusalem, was an all-too-willing enabler.

Cooling Off Period?
Abbas’s security forces kept the anti-Trump demonstrations limited enough to show outrage but not enough to explode into a Third Intifada. I once asked Egyptian President Hosni Mubarak about similar anti-Israel demonstrations during his rule and he told me, “people need to let off steam.” Translation: better they piss on you than piss on me.

The Palestinian demonstrations were about more than Jerusalem.  The people are disappointed with Abbas’ weak and corrupt government that has no results to show for all his talk about peace and his globe-trotting anti-Israel campaign; they also have no desire for the kind of war the extremists under Hamas and Islamic Jihad preach.

White House officials insist Jared Kushner’s group is still on track to resuscitate the peace process and that Abbas will get over his anger and rejection of an American role after a “temporary cooling off period.”

The reality, however, is that the various players may go through the motions for appearances back home, but nothing substantive will happen until there is a major turnover in leadership on all sides — Washington, Jerusalem, Ramallah and Gaza.