DC Report: Trump’s undesirables are they so different from us?

DC Report
By Douglas Bloomfield
Breckinridge Long would have fit well in the Trump administration. He knew how to keep undesirables out of the country. He insisted our resources were over-burdened, there was not enough room for more refugees, many of whom were likely to be spies and subversives and thus a threat to our national security.

His mission was to erect obstacles to delay, discourage and prevent refugees from entering the United States. Humanitarian concerns were not his concern. Sound like anyone we know?

For Assistant Secretary of State Long the most undesirable of all were the Jews of Europe. For President Donald Trump they’re Latinos from south of the border, many fleeing Central American violence. Both seem undeterred by the thought of children being separated from their parents, even permanently, and sent no-one-knows-where.

Family separation should alarm everyone, particularly Jews, even the well-to-do Republican ones who attended recent meeting of the Republican Jewish Coalition in Las Vegas. Instead, they cheered and chanted “four more years” for the man who purged the Department of Homeland Security for not being aggressive enough in taking refugee children, putting them in wire cages and losing track of them.

Dual Loyalty Among The Crowd?
Trump’s message is the same as anti-Semites like Breckinridge Long: go home, we don’t want you and we don’t care what fate awaits you there. I don’t want you in my white Christian 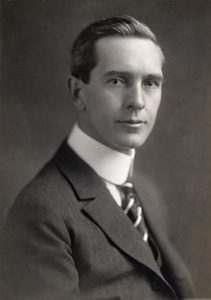 Most Jews in this country today are the children and grandchildren of immigrants who arrived here over the last 140 years. That includes most of the affluent ones at the at the Venetian Hotel and Casino in Las Vegas owned by billionaire Sheldon Adelson, a first generation American, and his wife, Miriam, a naturalized citizen. Adelson is the principle benefactor of the RJC as well as the Republican Party ($120 million last year), Donald Trump and of Israel’s Prime Minister Benjamin Netanyahu.

Trump bragged to the 1,500 Jews attending the conference how much he has done for Israel and “your prime minister.” The audience was apparently too besotted being in the presence of the self-declared everyone’s “all-time favorite president” to understand they’d just been accused either of dual loyalty or not being real Americans.

He told them many Democrats in Congress “aren’t fighting for Israel, and their “radical agenda” “could leave Israel out there all by yourselves.” “Yourselves,” in other words, you and your fellow Israelis.

Trump And Omar— Same Opinion?
No one rose to say, “I am an American, too.” The American Jewish Committee said statements like Trump’s “feed bigotry.” The ADL’s Jonathan Greenblatt said Trump’s reference “leads people to believe Jews aren’t loyal Americans.”

A tweet quoted in Haaretz noted, “Ilhan Omar was labeled an anti-Semite for merely suggesting what Trump said out loud.”

Trump attacked Omar at the RJC meeting even though he was aware that a day earlier the FBI charged a New York man with threatening to “put a bullet in her f***ing skull.”  Patrick Carlineo told the FBI he is a patriot who “loves” President Trump and “hates radical Muslims in our government,” reported Esquire.com.

While Trump was attacking Omar for anti-Semitic slurs about Jews and money, he and his audience seemed to forget that he did much the same in an appearance before the same group four years ago.

Anti-Semitism In Congress
Trump repeated for this year’s RJC audience his lie that Democrats hate Israel and Jews, saying, “Anti-Semitism has no place in the United States Congress.”

He’s right. So why did he bring with him to Las Vegas House Republican leader Kevin McCarthy, who has said three Jewish billionaires tried to “buy” last year’s election. Also in McCarthy’s caucus is Alabama’s Mo Brooks, who likened Trump’s critics to Nazis, quoting on the House floor anti-Semitic smears from Mein Kampf. And the bile from Steve King of Iowa, the poster boy for racism who Republicans took a mere 18 years to call out on his hatemongering, or Louie Gohmert of Texas, not known as the dumbest member of Congress for nothing. And Rep. Matt Gaetz of Florida who went on Alex Jones’s “Infowars” show to warn about “the Jewish mafia.”

The Democrats have two freshman members, Ilhan Omar and Rashida Tlaib, the first Muslim women elected to Congress, who have been called out for their anti-Semitic and anti-Israel statements.

Untroubled RJC
None of Trump’s cheering Jewish donors seem troubled by his use of Nazi-era slogans to define his presidency, like America First or “fake news,” which is a translation of “Lugenpresse,” a Nazi slur that means “lying press” or “enemy propaganda” and is still used by neo-Nazis and right-wing groups. He also embraced a phrase from Josef Stalin, who called the press the “enemy of the people.”

Trump’s presidential campaign was marked by anti-Semitic imagery and references.  A tweet showing a picture of Hillary Clinton against a backdrop of $100 bills and a six-pointed star and the words “Most Corrupt Candidate.”

Trump has even accused Soros, a Holocaust survivor, of financing “caravans” of Latin American refugees “invading” our southern border.

Trump is defined not by what he believes or what he stands for but what he hates. It began well before he came down the escalator at Trump Tower in 2015 to announce his candidacy (Remember his birtherism campaign to delegitimize the first African-American president?). But that is when he put it on the national agenda with his messages of xenophobia, racism, anti-Semitism, Islamophobia, misogyny and homophobia.

Immigrant Agenda
Trump’s attempt to keep non-white immigrants— he calls them “animals”—from seeking asylum under U.S. law was recently blocked by a federal judge; the president will probably fire some nasty tweets his way, if he hasn’t already.

Make no mistake; having Jewish grandchildren does not immunize anyone from being an anti-Semite.

Trump doesn’t hate all immigrants. He married two, brought over his in-laws and got them quick citizenship, his mother was an immigrant (from Scotland) and he is confused about his father’s status. At first he said Fred Trump had been born in Germany and then in Brooklyn; it was actually the Bronx.  Grandfather Friedrich Trump was born in Bavaria. Donald Trump used to lie about that, too. In The Art of the Deal he said that his father came to America as a boy from his native Sweden.

This week President Trump dumped his Homeland secretary because she wasn’t harsh enough on immigrants, asylum seekers and family separation. He wants someone “tougher” fighting the immigrant “invasion” on our southern border. Breckinridge Long must be cheering from his place in Hell.