DC Report: You are on your own sucker! Paying for Trump’s tax cuts…

DC Report
By Douglas Bloomfield
There’s an amazing place of great natural beauty called Zion where the Jews are considered goyim. It is in southwest Utah (where Mormons call Jews ‘Gentiles’), and is one of America’s most popular national parks. Go while you can before the Trump administration doubles or even triples entrance fees and opens adjacent lands to oil and gas exploitation.

It is just one of 17 iconic national parks — Yellowstone, Grand Canyon, Yosemite, Arches— similarly threatened. The administration’s excuse is the money is needed for upkeep, but if that were so why is it slashing the National Park Service budget?

Secrets And Lies?
The dirty secret is the Republican obsession with cutting spending to pay for massive tax cuts for the party’s biggest donors and the nation’s wealthiest, starting with the Trump family.

The tax bill is being drafted in secret and is supposed to be unveiled this week and rammed through with minimal debate in time for the president to sign that trillion-dollar turkey it in a big ceremony by Thanksgiving.

Trump said the main beneficiaries are to be middleclass taxpayers, not the wealthy.  “It’s not good for me,” he said.  “Believe me.”

Here’s why: his continued refusal to release his tax returns conceals exactly how his legislation would affect him, and he doesn’t want you to know.

“Not Really Tax Reform”
Eliminating the inheritance tax is a favorite of the very wealthy and those who don’t know better. It only affects a tiny number of families and benefits estates worth more than $11 million.  Given the wealth Trump boasts about, eliminating this provision — Republicans misleadingly call it a death tax to imply it affects everyone —would save the president’s heirs over $1.1 million, according to numerous estimates.

This is not tax reform, its cutting taxes to fulfill a campaign promise. Republicans fear they’ll lose their majorities if they have to go into next year’s mid-term elections with their present record of failure. They need to show they can govern; despite controlling both branches, they’ve failed to produce a major piece of legislation for Trump to sign.

The bill won’t live up to Trump’s touting as the “largest tax cut in the history of our county.” The only record it sets will be for sending the national debt soaring over the next decade by more than $1.5 trillion, with a T.

Show Us The Money!
The biggest beneficiaries, according to the Urban-Brookings Tax Policy Center, will be the top 1 percent, like Trump and top GOP donors, getting 80 percent of the benefits. 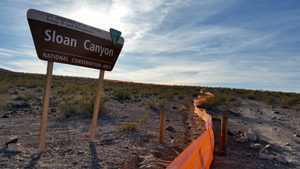 To pay for all that —Democrats have been totally out of the process — Republicans are slashing spending in many places. But—

Trump made a big show of declaring war on opioid addiction, but he was all talk and no money.

By declaring a “public health emergency (PHE)” instead of a “national emergency,” he blocked access to unlimited federal funding and resources, including FEMA. The PHE Fund has only $57,000.  That’s less than $4 for each of the 15,000 people who died from opioid overdoses in 2015, according to the Centers for Disease Control.

To put it another way, it’s less than Trump charged his secret service detail to rent golf carts for about six months while protecting him at one of his golf resorts. It costs taxpayers an estimated $3.6 million every time he flies to Mar-a-Lago. Just think how much he could do to fight opioid crisis just by staying home for a weekend.

He is cutting the U.S. Coast Guard budget. It protects Mar-a-Lago’s seafront at a cost of nearly a million dollars for each weekend golf excursion. More important, the USCG might have to cut back on its critical mission in fighting terrorism and drug smuggling.

Evisceration Of Social Programs
The GOP budget shreds the social safety for millions of Americans. It is estimated to cut $1.5 trillion from Medicaid and Medicare over the next decade in order to pay for tax cuts for those who don’t need them.

The Republican plan to eliminate federal deductions for state and local taxes is coming under bipartisan fire from lawmakers and citizens in high tax states. Ironically, most of those are red states and happen to be the homes of the majority of American Jews, who voted overwhelmingly Democrat last year.

The housing industry is opposing the bill because leaders fear the elimination of mortgage and property tax deductions will diminish demand for homes.

Despite all his talk about fighting terrorism, his administration is making deep cuts in the State Department budget and failing to fill key positions essential to improving counter-terrorism cooperation and training for other countries. “It damages our ability get the terrorists overseas before they can attacks us at home,” said one expert.

The most brutal attacks on the American homeland have been from hurricanes, wildfires and natural disasters. Yet an administration bulging with climate deniers is cutting funding for the weather service, climate research, environmental protection and science.

To help finance tax breaks for her fellow billionaires, Education Secretary Betsy DeVos plans to renege on a government commitment to forgive federal loans to students defrauded by for-profit colleges. Tens of thousands of young people were swindled of more than half a billion dollars, according to the Associated Press. Trump himself had to pay $25 million to settle a fraud case against his pseudo school, Trump University.

Perhaps “the most unkindest cut of all” is Trump’s evisceration of health care spending. Cutting federal subsidies for low- and middle-income Obamacare users threatens to leave millions without coverage. Republicans have no viable replacement; instead they talk about letting the insurance marketplace compete for their business. In other words, you’re on your own, sucker.

Serious economists have debunked the administration’s claim that its tax legislation will mean a $4,000 savings for the average household. The rationale is that cutting corporate tax rates will eventually trickle down as wage hikes for those at the bottom.

In its zeal to cut taxes, the Trump administration may replace the vistas of the natural beauty of the national parks with oil rigs, bulldozers clear-cutting forests, pit mining, motels and strip malls. But it’s good for business.