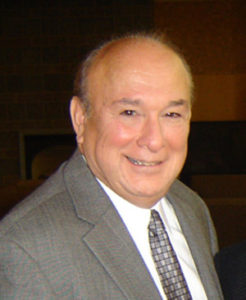 The book tells the story of Union College, Albany’s Academy and Female Academy, Emma Willard’s Female Seminary, Rensselaer Polytechnic Institute including why they were founded, who made it happen, how they compared to similar institutions elsewhere, and their influence beyond the Capital District. It describes the emergence of a varied collection of higher education institutions in a specific time frame primarily during the period from 1790 to the 1850s.

Ognibene has been a prof. of education emeritus at Siena College since 2009 and was a professor of education and dean of the College of Education and Human Services at Seton Hall University from 1984-2001. He edited A Persistent Reformer: Jonathan Kozol’s Work to Promote Equality in America.

The program, facilitated by Rabbi Matt Cutler, spiritual leader of the congregation, and Arnie Rotenberg, director of congregational Jewish living, is free and open to the public. Each talk is free standing. No reservations are needed.