Drag Queen Miz Cracker Gets Her Own Show, ‘JewTorials’ 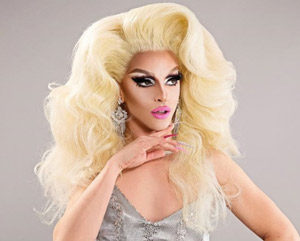 By Juliana Kaplan
The Schmooze

Miz Cracker, Jewish drag queen extraordinaire and gone-too-soon contestant on “RuPaul’s Drag Race” season 10, has landed her own television show on WOW Presents Plus. And yes, obviously, the show is called “JewTorials.”

JewTorials comes on the heels of Cracker’s wildly popular “Drag Race” recap series, “Review With a Jew.” While Miz Cracker did not make it to the finale of this season, which is set to air on Thursday, JewTorials will certainly satisfy the Cracker cravings of many “Drag Race” fans. Entertainment Weekly reports that JewTorials will launch on 7/11.

So what can we expect from JewTorials? Here’s the official description from WOW Presents Plus:

“Hot off the success of her RuPaul’s Drag Race Season 10 after show Review with a Jew, Miz Cracker continues her comedic rants with a new series JewTorials. Known for her expertise in wig styling, Miz Cracker will share her advice on how to choose the best wig as well as how to tease and style.”