Elections  cause the stress hormone to increase, according to new study 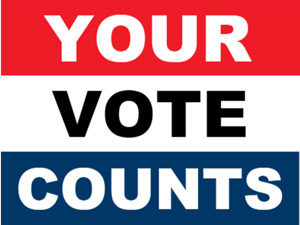 NEW YORK CITY–There’s actual scientific proof that voting is stress inducing, according to research published in 2011 by researchers at Ben-Gurion University of the Negev (BGU) who determined that voting is a stressful event and induces measurable hormonal changes.

“Our data demonstrated that elections are exciting, yet stressful events and it is this stress that raises the cortisol levels of voters,” according to Prof. Hagit Cohen from the Anxiety and Stress Research Unit at BGU’s Faculty of Health Sciences.Faced with stressful experiences such as uncertainty or novelty, we found that the adrenal glands secrete glucocorticoidhormones to help us cope with stress.”

In the groundbreaking 2011 study published in the journal European Neuropsychopharmacology, researchers found that the level of cortisol —a hormone secreted in times of stress to help the body cope with threats — was nearly three times higher just before voting than the cortisol level of the control group, and nearly twice their level 21 months later. It is known that when a person is in a state of stress, threat or emotional distress, the body releases a series of hormones such as cortisol, known as the “stress hormone.”

The study also found that people were more emotionally aroused just before casting their ballot. “Since we do not like to feel ‘stressed out’,” adds Prof. Cohen, “It is unclear whether this pressure on Election Day can influence people and cause them not to vote at all. Impact on voter turnout is particularly important given that the stress levels rise if our preferred party or candidate for whom we want to vote is not popular in the polls and projections.”

The Jewish World encourages everyone to get out and vote on Nov. 6— even if your stress level is high!