Elijah Knowlton gets ‘Do the Right Thing Award’ from Rochester police 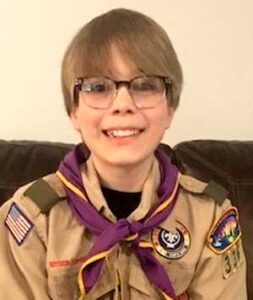 Department program, designed to foster positive relationships between law enforcement and the youth of the community, recognizes bravery, valor and courage.

Grandfather Gene Altman of Niskayuna reports: Ten-year old Elijah, was home with his grandmother, Margaret Carter when she fell down a flight of stairs.  Elijah tended to his grandmother and since there were no phones available, went to a school crossing guard and told him to call 911.  Elijah then went back to monitor her and insisted that she go to the hospital, even though she told him that she felt fine.  The hospital trip turned out to be the correct decision as Elijah’s needed to remain under observation and required additional care.

Elijah, a congregant of Temple Sinai of Rochester, is son of Lisa Altman and Paul Knowlton of Pittsford and also grandson of Shelley and Gene Altman of Niskayuna.