Emmys 2018: The Jewish nominees, from ‘Marvelous Mrs. Maisel’ to ‘Game of Thrones’ 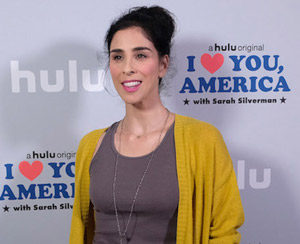 Silverman’s “I Love You, America,” in which the Jewish comedian mashes a nontraditional talk show format with videos of her interviewing Americans across the country, got a nod in the variety sketch series category.

Notably missing from the list of nominees is Roseanne Barr, whose successful sitcom reboot was cut short after a racist tweet controversy.

The most self-aware Emmy hopeful, Megan Amram’s “An Emmy for Megan,” achieved its goal with a nomination in the short form comedy or drama category. The Jewish writer has worked on shows such as “The Simpsons,” “Parks and Recreation” and “The Good Place.”

In the best drama series category, there’s a decent chance the award goes to a show written by someone Jewish. “Game of Thrones,” written by the Jewish duo of David Benioff and D.B. Weiss, and “The Americans,” the recently finished and acclaimed spy series created by Joe Weisberg, are competing against a couple of other heavyweights: Netflix’s “The Crown” and Hulu’s “The Handmaid’s Tale.”

Ahead of the Trump-Putin summit, 5 things you may not know about Finland and the Jews
Protesting protestors, Trump on his make friends, or alienate allies Europe trip